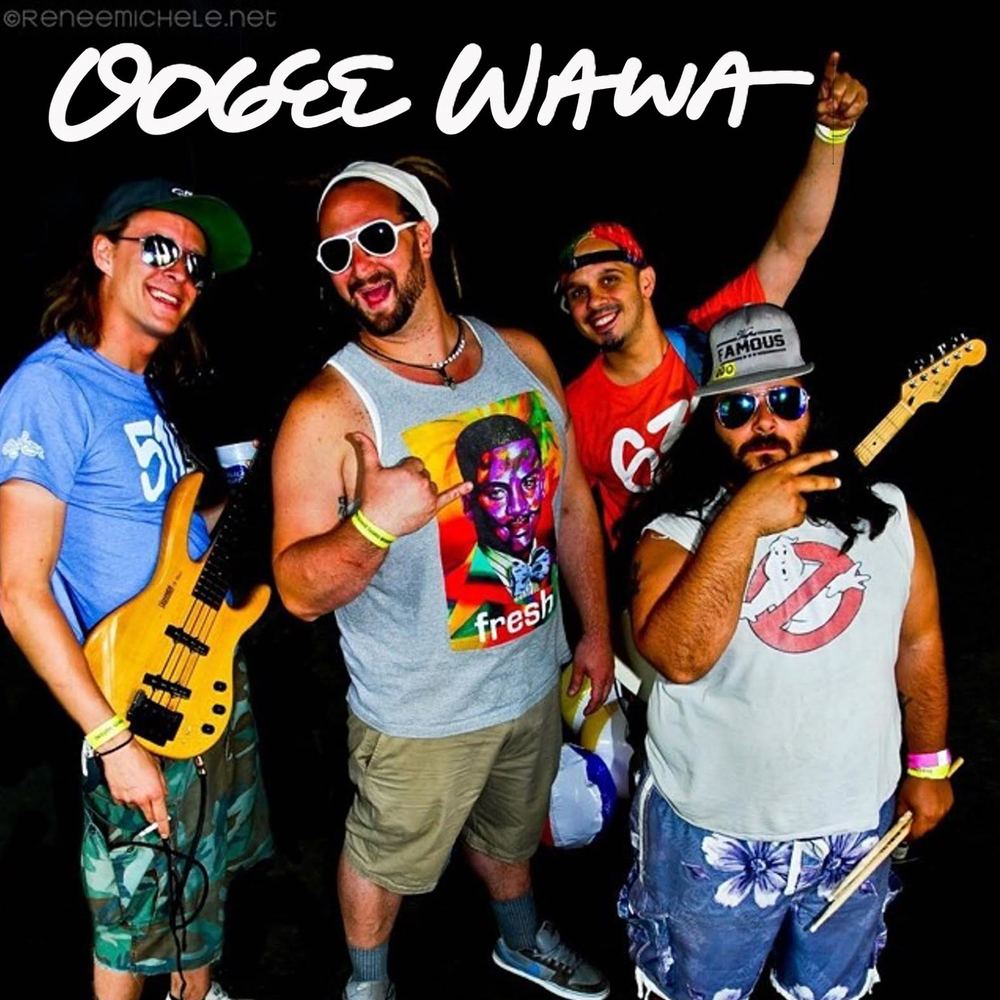 Long Island natives Oogee Wawa play an unique blend of reggae, rock, pop, and rap and have sharpened their presentation to a gleaming point since their 2013 formation. They have shared stages with respected and renowned acts like The Mighty Mighty Bosstones, 311, and Rusted Root among others. Their debut full length album, More Sand than Money, features twelve songs quite unlike anything you’re likely to hear this year and combine surprising depth with an impressive dedication to inspiring joy in their audiences.

There are a number of guaranteed crowd pleasers on the album and the opener is one. “Let It Out”. For the most part, the track focuses on the trials and tribulations of professional musicians while ultimately conceding that it’s worth everything they’ve had to endure. Their youthful determination is the song’s chief selling point, but the musical blend of reggae, rock, and rap scores big here. “Pretty” introduces listeners to the band’s strong melodic gifts. It takes a much softer slant than the first track, but the band’s guitarist drops a number of tasty fills throughout the song and the band’s strong drumming, a constant throughout, is a definite highlight here. The title track sports even stronger melodic virtues than “Pretty”, particularly in its vibrant pop chorus. Those same guitar fills distinguishing the previous song stretch out further here and give added muscularity to the song. It’s a bit similar, lyrically, to the opener, but it’s musical qualities spin it in an entirely different direction.

“Jump Off” starts off with a flourish of electric guitar and drums before shifting into a mid-tempo groove. In some senses, this is an “accept me as I am” track, but the chorus steers the mood in another direction and suggests that the song is just as much about looking back with chagrin on long gone days of youth. It certainly rocks out harder than anything up to this point and has one of the album’s better grooves. “Damage Baggage” takes on a similar air. This is the band rocking out harder than anywhere else on the album and the careening lead guitar blasting through the mix is worth the price of admission alone. However, the band has written a solid, if a bit vindictive, song about romantic troubles and shows off a bit of skill as writers with the sharply detailed characterization. “Feelin’ Alive Today” is likely the album’s single best candidate for an audience participation track thanks to its memorably catchy chorus. The band’s focus on spreading positive emotions among their listeners steps to the fore here and their pop sensibilities help transform this into one of the album’s better songs.

“97 Sh!tstorm” is certainly a moodier track than others heard on More Sand than Money, but it shares a subtle quality with a handful of songs. Once again, Oogee Wawa’s songwriting is looking into the past for storytelling possibilities and it works out well. The music and lyrical content complement each other well. The album finishes off with two “low-fi” tracks that finish things off rather neatly. After the blustery percussion, restless bass lines, and tense guitars blazing through the earlier ten songs, it feels like a slow, considered ending. “Late Night” is a very direct track with stylish musical backing that really concerns itself with little more than hanging out with your friends, partying, and making music together. The final song, “Pack the Van”, is the album’s final look at a musician’s life and full of significant detail, but once again, the performance has substantial charm and melody.

Oogee Wawa have made a statement with the release of this first album – they are a band aiming to make music for many years to come and have worked mightily to present their most compelling and entertaining side to audiences. The twelve songs here succeed wildly in that area and point towards an even more promising future.