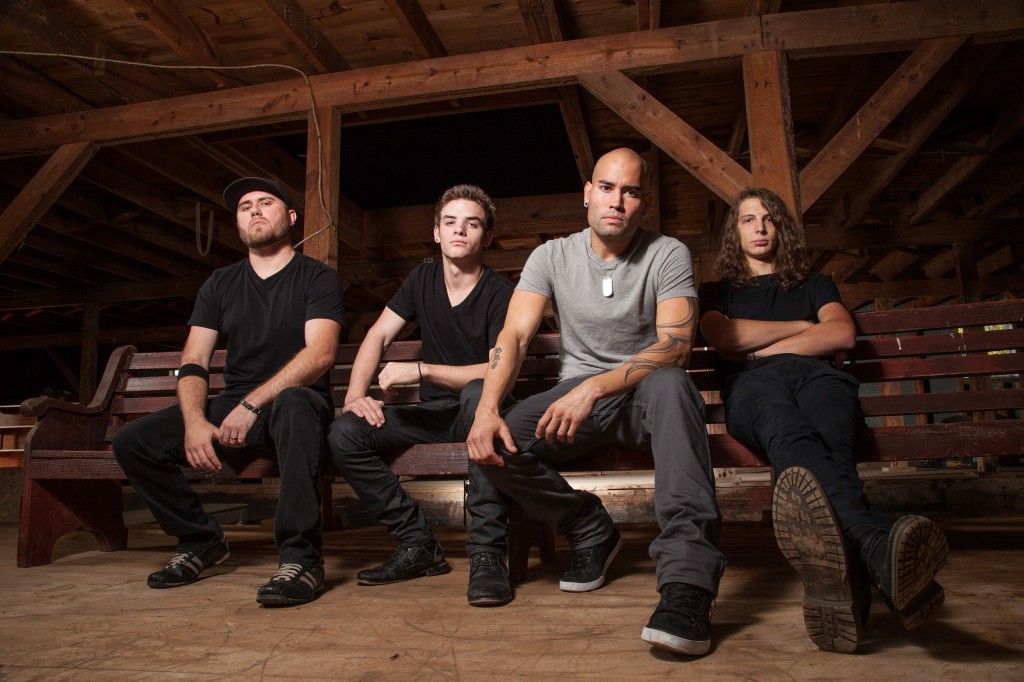 When fresh new sounds of modern hard rock struggle to reach the waves of major radio, the chances for a breakthrough are unfairly slim. In true sign-of-the-times fashion, I’ve constantly questioned the irony of bands with arena-sized ambitions being confined to indie labels. Surprisingly, upon listening to Bridge To Grace’s debut album Origins, my hopes for a solid hard rocking band making it big began to resurge. It was as if the spirits of Alter Bridge and Theory of a Deadman were in tight unity, and the band contribute their energies to the tenacious hard rock flame without haste. The result is an edge that patiently explores the pleasantries of alternative and metal, amidst moderately polished production. But even with this in mind, the band still offers undeniable talent and functional musicianship. Though it had been years since I had listened to similar bands, it was only fair to give this album a well-deserved listen.

With 17 tracks, the album plays like a lengthy collection of strong singles for the most part. Nothing is necessarily out of place, but some patience is required in finding where a certain flow is established. The first track, “Take It All” feels natural as the album’s opener, and has a great nu metal inspired riff that complements the denseness of the snare drums. Vocalist David Garcia especially shines during the bridge of the song, his voice interestingly bare and not afraid to push its range. By the time I heard the fourth track, “Left Inside,” the pace really kicked into gear. The chugging rhythm guitar during the verses is a tell-tale sign that the volume needs to be cranked. Likewise, the chorus is equally memorable, and the instrumentation does its part and bringing that phase to life. In the following track, “Weapon,” the band’s metal influence is definitely prominent. Beneath a galloping main riff, each snare drum hits perfectly with just the right amount of spunk. Lead guitarist Alex Cabrera’s soloing showcases a sufficient amount of variety and without being too showy. I really hope these songs are pushed, as they both have an instant hit factor. I was also fond of the power ballad, “Won’t Let Go”. Although the inclusion of such a song is by all means an outdated practice, the band’s approach is sincere. The phases of the song contain great breathing room that allows the listener to focus on the finesse of each band member. Whether the song was intended out of nostalgia or temerity is beyond me, but it’s a nice touch nonetheless.

One of the highlights in the latter part of the album is “Staring in the Dark”. The verses feel much more focused, and the vibe is opportune for vocalist David Garcia to utilize his full vocal potential. I also noticed that the bass sounds much thicker. The solo in this song is separated into multiple parts, all of which will effectively exercise a lead guitarist’s dexterity. A similar progressive atmosphere is exhibited in the final track, “Until the World Ends,” which feels natural as the album’s closer. The piano asserts certain dominance and is very fitting for Garcia’s vocal style. I was quite relieved in finding that the song didn’t rely on heavy guitars in order to maintain intensity. It is a nice departure, and could possibly sound as good when stripped down to just piano and vocals.

Overall, Origins effectively pushes the band’s talent for crafting songs that are sweet on the ears of angst-ridden listeners. On one hand the lyrical themes are universal and relatively easy to comprehend, and the skill is instantly noticeable. Even the most formulaic song structures deviate from being cookie-cutter, which impressed me in the long run. However, the album would fare much better if it’d just feature 10 of the most kickass songs, and I know the band is totally capable. Since the album is not yet released, another move to consider would be rearranging the track sequence, which might also prove useful in giving the album a greater consistency. In the meanwhile, Bridge to Grace continue reach great heights, and after this album, there will surely be many more to come.

I come from a family who is passionate about all things music. I learned to sing at an early age, and by 13, had my very own Fender Strat guitar. I tried my hardest at learning all that I could. Because I was born with cerebral palsy, I had to teach myself an adaptive playing style. I learned to write and record my own music, despite these difficulties. In college, I started making great use of my writing abilities by reviewing music, as well as copy editing. I guess it's best to stick with what you know, while welcoming a fair challenge at the same time.
Previous Enter Shikari Announce Remix Album & UK Tour
Next Jimmy Cozier Releases New Music Singles, “Choose Me” feat. Shaggy & “Girls, Girls” 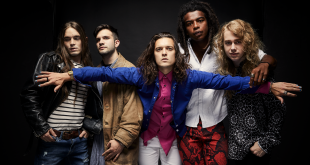