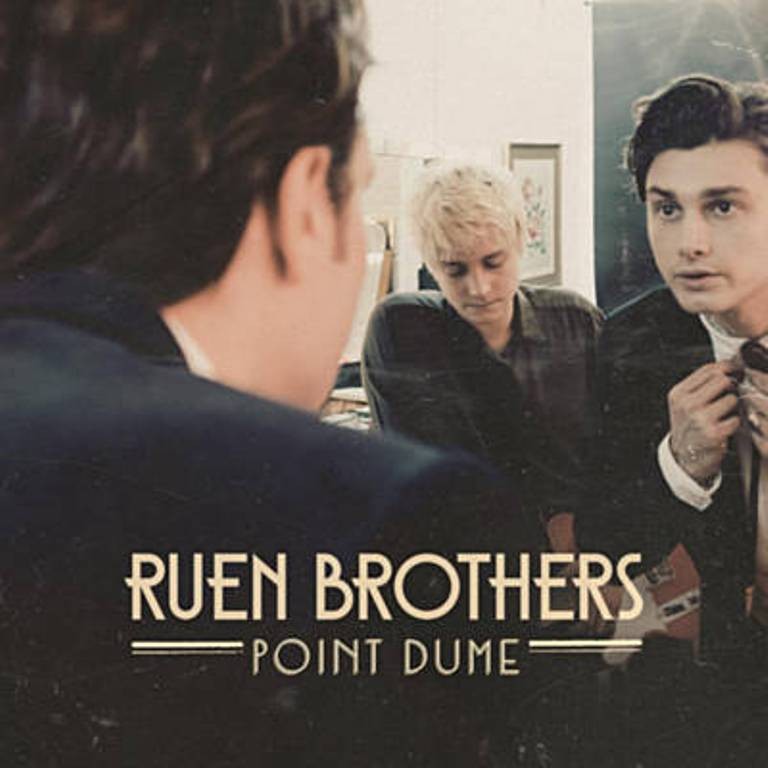 “Summer Sun” off of Ruen Brothers 2015 EP Point Dume is a fantastically dark tune that evokes comparisons of the brothers musical inspirations such as Johnny Cash. Right from the first note listeners can hear lead singer Rupert Stansall capture a rich vocal sound that matches with the crashing instrumentation, guitars in full rock n’ roll swing. Ambient, but loud and echoing ,background noise help to elevate the track to its peak moment right before a full musical breakdown bursts onto the “Summer Sun” landscape.

Working with legendary producer Rick Ruben, the Ruen Brothers also teamed up with other notable musicians such as Chad Smith from The Red Hot Chili Peppers. An all star lineup appears on “Summer Sun” but the clear leading roles are filled out by the brothers themselves. Artists that bridge the gap between retro and modern rock, the two have landed themselves smack dab in the middle of decades. Rupert Stansall is every much Roy Orbison as he is Morrissey following the tradition of those mysterious, shadowy voices but never losing his own.

It is stated on their official website that early on in their career the brothers “adopted a rather unconventional writing process, testing demos by syncing them to trailers of Quentin Tarantino flicks.” It is undetermined whether or not they used the same method in recording “Summer Sun” but it is easy to picture the song fitting right in on the Pulp Fiction film soundtrack. Think Urge Overkill’s cover of Neil Diamond’s “Girl You’ll Be a Woman Soon.” Now picture Uma Thurman lost in dance, and the moment, listening to “Summer Sun.”

Works perfectly doesn’t it? And just like that, you’ve fallen under the spell of the heavy crooning musical magic of the Ruen Brothers

Single Review: Izzie’s Caravan “Stick It To Ya”