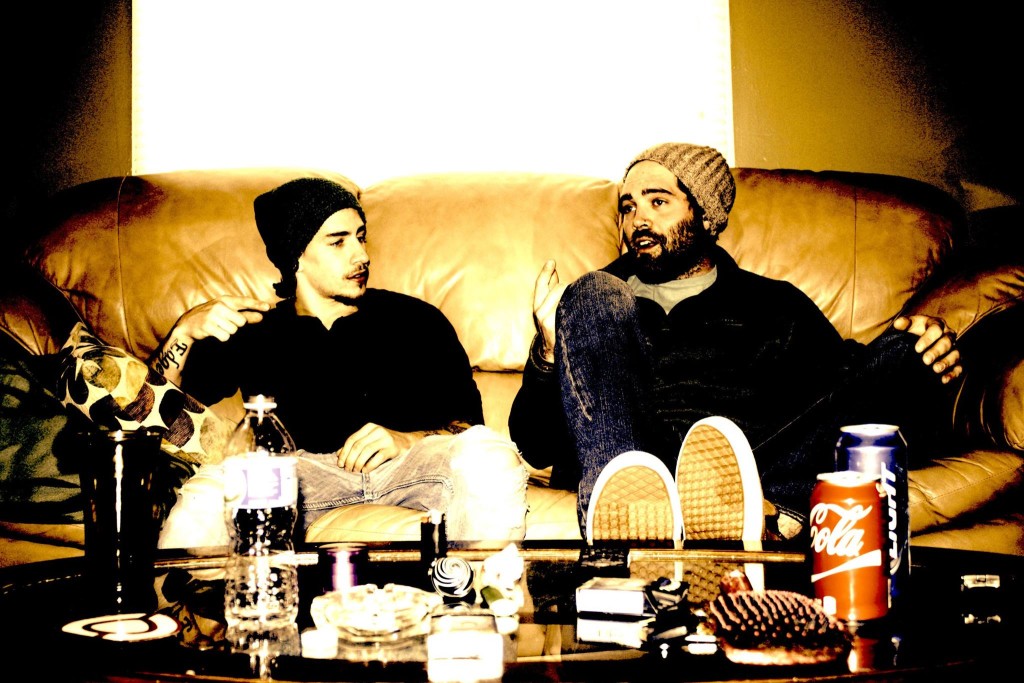 Josie McQueen is an alternative rock band out of Pittsburg, PA made up of vocalist Aaron Duda and guitarist Jesse Weygandt. Grody Noise was recorded with David Klug with session drummer Brian Ganch. The EP features some high energy tunes with elements from classic alternative and punk rock. This makes for a lively feeling that translates well on the stage. The band recently decided to relocate to Richmond, VA to pursue their dream and tour full time. Grody Noise reflects that passion and shows that Josie McQueen is ready to take the next step.

Grody Noise opens up with the high energy “I Could Be Wrong.” Duda’s vocals remind me of Incubus‘ lead singer, Brandon Boyd. Right away, the band’s musical style becomes apparent. Their sound takes me back to early 90’s pop punk, when the genre was still musically clinging tightly to the old 70’s/80’s punk sound while the lyrics paint a more cynical picture. Josie McQueen slows the pace down slightly in “Medicine,” but they ramp up those bitter lyrics that speak of having to do the things that leave a bad taste in the back of your mouth and the frustration that brings. “The Number One” delivers a happy-go-lucky pop punk sound that I’m an unashamed fan of. Lyrically, this is a really strong track that speaks of trying to defend yourself against the emotional turmoil that comes from breaking up with someone who has a cold heart. “Real Solutions” starts off with a real funky bass hook that builds into a song that reminds me of Audioslave. This is an interesting track that tells the struggle of trying to deal with someone who is always making excuses. “Barely Free” features lyrics that tell a story using fairy tale themes, like little lambs and wolves. The band really draws on that classic alternative rock sound in this track. Grody Noise wraps up with “Right Where I Want You,” the EP’s next single. Josie McQueen really captures that feeling of being caught in your own trap in this song.

Grody Noise is available now through iTunes and on the band’s Bandcamp page. It’s also available to stream on YouTube and Spotify, along with the band’s previous EP, Shed Some Light. With so many options, why don’t you take a few minutes to make Josie McQueen part of your alternative rock collection!