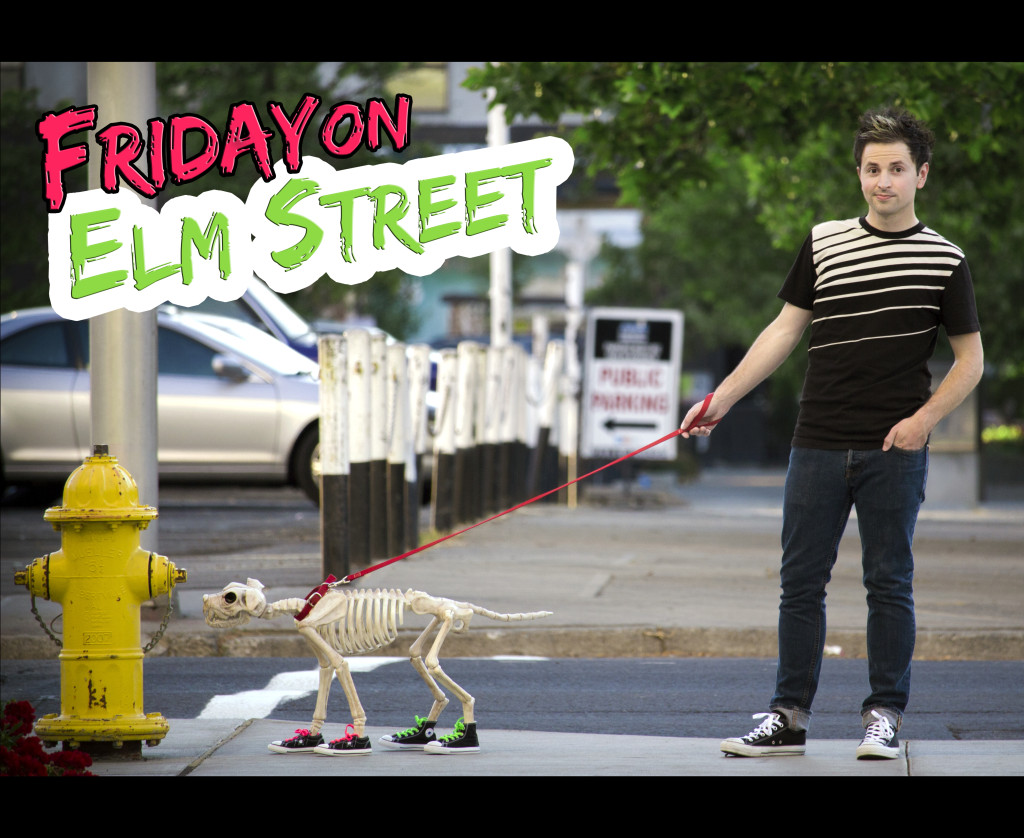 Horror films and zombie references may be unusual imagery to create a pop-punk band around, but for Frankie Alberti, they were the perfect themes to go with his newest (currently) one-man-band, Friday on Elm Street.
Although Friday on Elm Street is a reference to the classic horror films, Frankie has chosen to keep FOES in the more lighthearted direction of Blink 182 and Simple Plan. FOES releases their debut album Midnight Fun, on August 12th. To continue with the whimsical themes of monsters, FOES has also thought up a skeleton dog named Hercules to be the mascot of the band. Hercules is named after Frankie’s childhood dog, and can be seen having a presence on the band’s socials.
For singer-songwriter, producer and multi-instrumentalist Frankie, this project symbolizes much more than his love for pop-punk music. After surviving a tumor that threatened both his hearing and facial paralysis, Frankie decided he was given a second chance, and he would do the most with it. And so Frankie began recording his debut Midnight Fun.
The first single off the album was “Dear Beth”, a vividly imaginative take on a zombie love story. The song makes references to the Walking Dead character Beth Greene. As a whole the album includes twelve tracks that take listeners on a roller coaster ride of dark horror, zombie, and 1980s pop cultural references and more playful pop-punk melodies. The full album Midnight Fun, includes more light-hearted songs like “11:11” as well as more serious songs like “Family Matters” which Frankie hopes to let kids know that every family has their issues and they are not alone in that struggle. Each song has layers of catchy rhythms and irresistible beats with an ample amount of singable melodies to keep you bobbing your head the whole ride home on the school bus.

Stephen Vicino is the founder of MusicExistence.com. He created this site to give talented musicians a voice and a way to be discovered.
@@svicino
Previous WAKA FLOCKA FLAME LIVE @ 515 ALIVE – DES MOINES, IA
Next Interview with Chandler Juliet: “If the dream is there, don’t let it go to waste.”