Home / Interview / Interview with Chandler Juliet: “If the dream is there, don’t let it go to waste.” 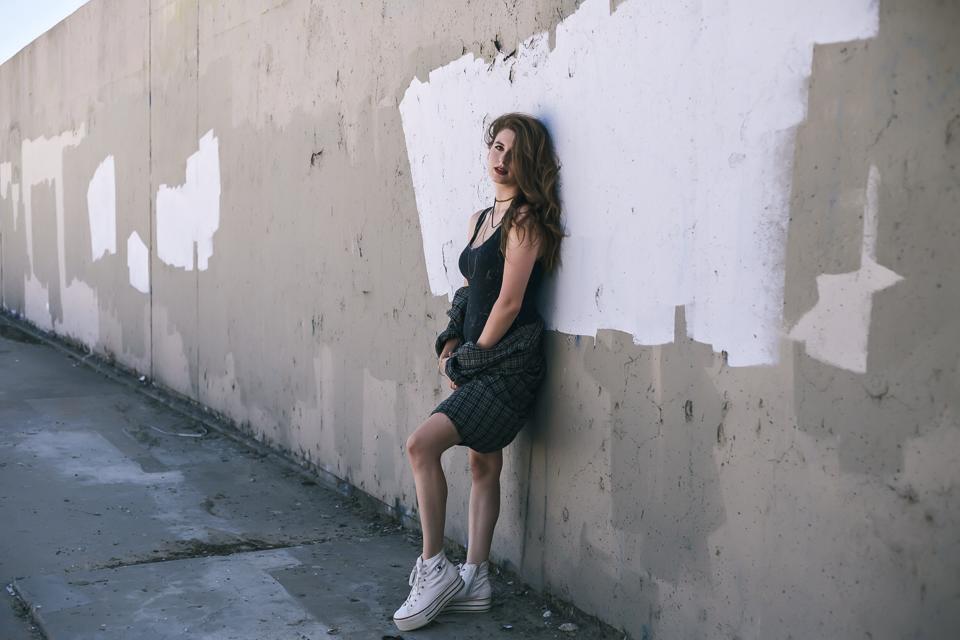 Interview with Chandler Juliet: “If the dream is there, don’t let it go to waste.”

Big dreams can be authentically lived, so long as the path to achieve them involves an assiduous work ethic, a sincere commitment, and a strong faith. For up-and-coming singer-songwriter/actress Chandler Juliet, that dream not only became a full-time profession, but a gateway for opportunity. She had managed to receive a distribution deal with Universal Music Group, an award for Best Indie Pop Record of 2015, and sponsorship deals with Daisy Guitars and Rude Boy Clothing, all before turning 21.

Surprisingly, it was Juliet that discovered me, after having read my pieces here on Music Existence. She requested that I interview her, and I was honored to do so.

Singing has always been an integral part of your life, even before you started speaking. Growing up, what kind of musical influences were you easily able to absorb?

From the time I really started becoming passionate and excited about songwriting at 10-11ish, the influence was mostly absorbed from Aly and AJ. Also, the All American Rejects, which was my first concert–so cool! Listening to those artists now is nostalgic and fun because I can hear where I’ve been influenced in my own music.

In your bio, you state that songwriting was sometimes your only means of expressing yourself. At what point did you feel your abilities really begin to prove useful?

I think around high school was when I found that songwriting and reflecting through writing is what helped me process and gain a new perspective on things. When I was going through a tough time, or I had lost a friend, songwriting would sometimes be like a letter to that other person. After I finished a song I would feel so much better. I would feel like I closed a chapter on that realization, or just another part of my life. It was very cathartic and therapeutic. Music is very powerful in that way.

Being raised in a musical and theatrical environment provides a lot of room for experimentation. Would you say that the bigger the performance space, the greater the possibilities for creativity?

Absolutely. I find that when I have a huge space and large audience, ironically, I feel way more at home. Like everyone in that crowd is my friend. I am the ringleader and can lead everyone through the show and work the huge stage, and rock out with my band.

When I perform at smaller venues, I find myself getting more nervous. It’s usually just me on stage, singing and playing guitar at acoustic venues. People have told me, however, that my smaller, acoustic performances feel way more intimate and have more of an impact.

How did it feel receiving a distribution deal from Universal Music Group, provided it is one of the top record labels today?

It feels amazing to have that stamp of approval. I’m ready to do this for life, and I’m thrilled that people are starting to recognize that.

When offered various professional opportunities, what factors do you consider in finding the opportunity that best suits you?

My image is very important to me, so that’s the first thing I consider. I want people to know that I love to have fun, and be a little flirty, while still staying wholesome. If I find a brand that wants to endorse me that gets me and fits the image, then I want to support them too!

Also, the work ethic, professionalism and passion are things I always will seek out. When looking to work with any person or business in this industry, I’m going to look at how hungry and passionate they are. Finding people that share that fire. That’s what is going to attract me.

Your latest EP, LOUD HEART, features a prominent showcase of rock and folk influences, which is seldom heard in pop music. Often those more organic influences are pushed aside in favor of electronic dance beats. Do you think the pop music industry needs to encourage greater diversity?

I believe that soon, it will turn around. I think people are beginning to crave a more pure sound again. While I myself love electronic music as well as many other genres, I think there is room for everyone, and there will be more variety when people start demanding it.

In addition to your music career, you are also involved with an improv comedy troupe, “Scared Scriptless”. Tell me a bit about how that got started.

Scared Scriptless is an improv comedy team that is based in Northridge that I found out about through school. I auditioned and was accepted! I fell in love with the feeling of everything being up in the air and not at all secure. Stepping out of your comfort zone is so important for growth and has helped me grow a lot as a performer in both settings.

Whether you’re performing in a music or comedy setting, do you sometimes experience an overlap between the two?

Comedy settings are fun, and somewhat easier, because people are ready to laugh. Sometimes I wish I had that sort of openness with music venues, however, I love the challenge. I feel I have to win over the audience at a music performance. And when I do, and people tell me how touched they feel after a performance, I feel like I fought and won.

Do you have any advice for other performers who seek a similar level of success, especially at a young age?

Get creative. Start from where you are. Find ways to play your art for your community, like coffee shops and local events and get your music heard. Submit to as many opportunities you can find. Don’t listen to close-minded or negative people, and never, ever give up.

Since the release of LOUD HEART, we are making a music video for each song on the record. Those can be found on both my personal YouTube Channel (youtube.com/chandlerjuliet) and on ChandlerJulietVEVO. I’m constantly writing new material, so soon I’ll be back in the studio getting ready to create a new EP and do this all over again. Besides music I have been working on acting as well. Keep up to date with me on my social media accounts, and don’t forget to say hi!!!

ANYONE can accomplish their dreams! If the dream is there, don’t let it go to waste. The dream wouldn’t have been put in your heart if you weren’t meant to go get it. God did his job by giving you the dream. Your job is to go live it.

Check out Chandler Juliet’s latest music video for her song, “Someone Like You”!

I come from a family who is passionate about all things music. I learned to sing at an early age, and by 13, had my very own Fender Strat guitar. I tried my hardest at learning all that I could. Because I was born with cerebral palsy, I had to teach myself an adaptive playing style. I learned to write and record my own music, despite these difficulties. In college, I started making great use of my writing abilities by reviewing music, as well as copy editing. I guess it's best to stick with what you know, while welcoming a fair challenge at the same time.
Previous Introducing Friday on Elm Street
Next Jha’Marie

With “Monsters” the Hamburg singer The Sultan released his latest work in style of the spooky season. The single …