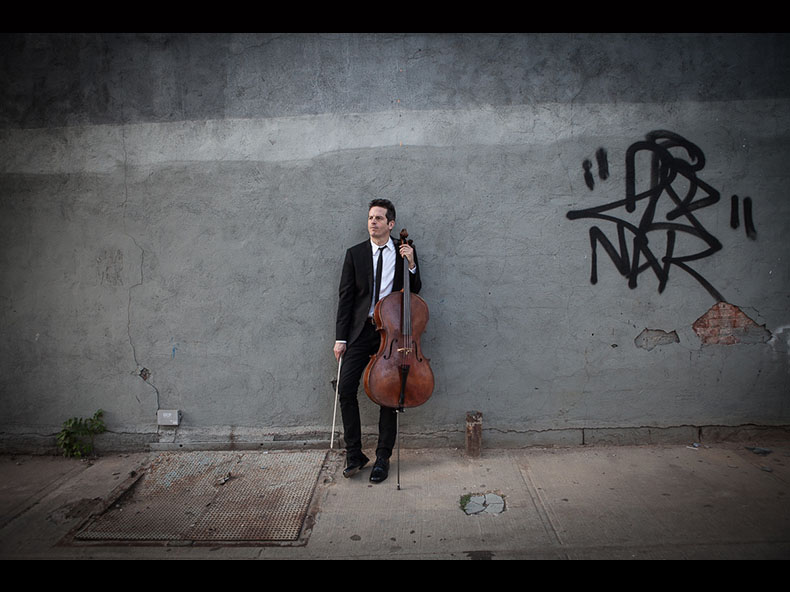 What happens when a classical cellist has the urge to rock? We get to experience the feeling of that unusual combination with Noah Hoffeld, a renowned classical artist and Julliard graduate who has turned to cello-rock for his newest album, Play Human.

Hoffeld’s training began in the classical realm on cello with a degree from Julliard. But Hoffeld has not let his classical training restrict him from venturing to new places in the rock world. Even before graduating Juilliard, Hoffeld was already exploring rock and pop numbers on the cello and pushing the limits of his performances with improvisation and a little bit of soul and pop. He has since incorporated his own singing, keys, guitar, as well as electronics, live looping and beat production into his music and live shows.

His immense performance prowess proves not to be the only talent he possesses. Hoffeld is the creative mastermind behind the compositions and message of his album Play Human. The passionate ballads are complimented by his lyrics, which are as equally insightful, unguarded and powerful as his playing. Themes of home add a layer of refinement and worldliness to the already sophisticated indie rock.

The diversity of tracks on Play Human, plays an interesting role in the overall feel of the album. The first track that really stands out is “Hello Silverbird” which provides a 80’s rock feel with a little bit of edge. The lyrics, although simple and straight to the point, are conveyed on a very personal level with rich emotionality.

Coming at a completely different change of pace, is “Prayer for the World.” The meditative and foreign nature creates a sense of mysticism, which is an unusual characteristic for an American rock song. Hoffeld’s performance comes across as a siren crying for global scale peace, while still being introspective and ornately beautiful, even without words.

Overall, Play Human, is a masterfully executed work of art. Each and every note on the album comes from a place of complete passion and is crafted perfectly to deliver Noah’s message.

Stephen Vicino is the founder of MusicExistence.com. He created this site to give talented musicians a voice and a way to be discovered.
@@svicino
Previous BROOKLYN BLACKENED POST-METALLISTS’ SO HIDEOUS DIVULGE DETAILS ON NEW CONCEPTUAL ALBUM: “LAURESTINE”
Next Scorpiono – Doing My Thing

Cleveland based singer-songwriter Michael McFarland has released his new EP Through This Fire. Crafted in the crucible of …