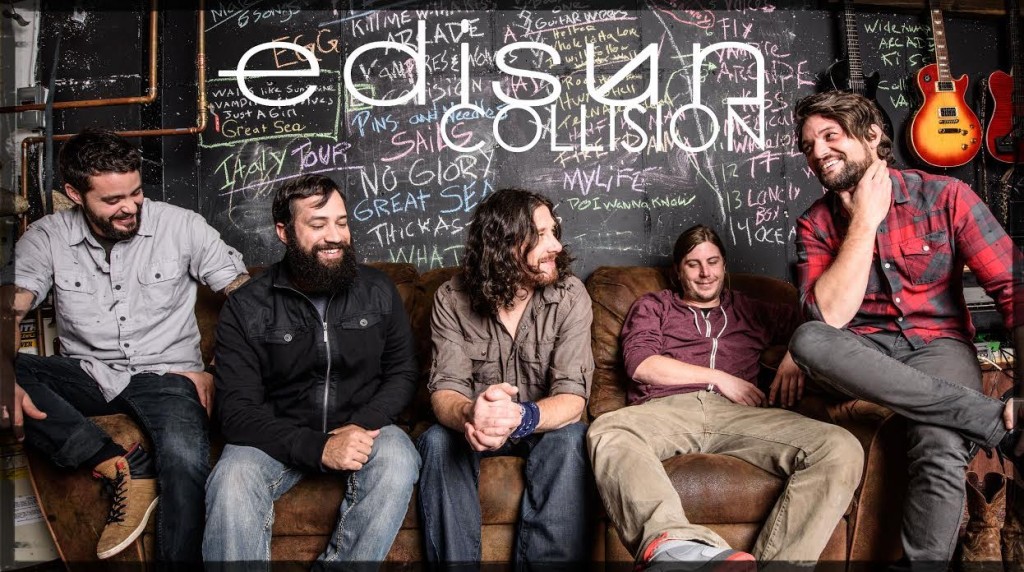 Flying fifty-two hours round-trip to perform for some “out of town friends” may be an unusual way for a rock group in America to promote it’s new record release. For the members of Edisun, who got their start touring in places like Iraq, Afghanistan, and Kuwait for United States Armed Forces Entertainment, this is a part of what makes them tick.

Invited to perform for the United States Navy this past July 4, the group first flew to Japan, then Singapore, and finally below the equator to the remote Indian island base Diego Garcia. The whirlwind journey marked a full circle return for the alternative rock group, whose early tours during the Second Gulf War were documented by Rolling Stone Magazine, Wall Street Journal and ABC World News Tonight before Edisun recorded it’s first demo.

Now, after four years of performing in twenty countries for over fifty thousand soldiers, and thousands of miles driven across the United States in their band-owned and operated tour bus, Edisun’s long anticipated second album Collision is heating up on the launch pad, much to the delight of their stunningly patient fan base.

The 9 song collection is being released by the South Norwalk, Ct-based independent recording label SRG Records (Sono Recording Group) on Friday, July 31, 2015, with international distribution by ILS Group, third party aggregate to Universal Music Canada and Caroline Music Group. The first single “Kill Me with Your Kiss” was released digitally on May 26, 2015. Collision is available on iTunes, Apple Music, Apple Radio, Apple Connect, Spotify, Amazon, Deezer and through all major retail and streaming outlets.

Collision is a diverse collection that will take Edisun fans “…deep into our alternative roots, back to the bands we loved in the 90’s, and up to the modern rock style our fans know us for,” said Kelley. The lead-guitarist cites Led Zeppelin, Jane’s Addiction, and the Foo Fighters as some of the pioneering influences on Edisun’s musical style.

Of working with multi-Grammy Award nominee Ron Saint German, Ethan Isaac states: “It was an outstanding honor for us to have Ron mix “Kill Me with Your Kiss.” He has mixed some of my favorite rock artists of all time. To hear his signature style and skill work their magic on an Edisun song was incredible.”

Edisun is expected to tour extensively in support of Collision with the first American leg beginning this September. Edisun is also planning a full tour of Asia in 2016, including the countries Japan, Singapore, Korea, and China. The group has previously toured China in 2013, and showcased for music press and industry on their recent stop in Singapore. There are additional offers being fielded in the United Kingdom, France, Germany, Italy, Australia, with tremendous interest building in Latin America.