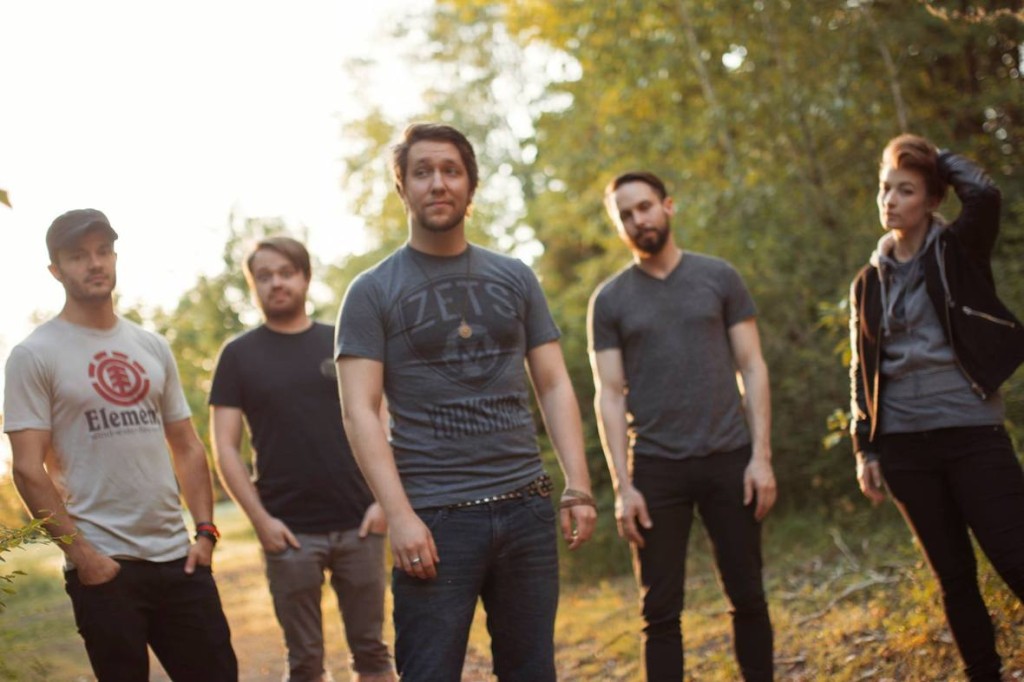 Fans of PVRIS and Tonight Alive are going to want to get their hands on the debut album from DIVIDES. Brokentooth is set to release on August 11th, and DIVIDES has already secured a new fan in me.

DIVIDES is a passionate and dedicated group of young individuals who believe that music has the power to connect human beings. With a desire to take their music beyond their Anchorage, Alaska hometown, the quintet moved to Portland, Oregon shortly before the release of their debut EP Departures. Since then, DIVIDES has performed throughout the Pacific Northwest.

DIVIDES is made up of vocalist CJ Marie, lead guitarist Paul Anderson, guitarist Bryan Calhoon, bassist Joe Jackson, and drummer Corey Rainey. Some may say that their sound is kind of hard to pin down, but DIVIDES is pretty confident in their identity. Most intriguing to me is their musical polarity between the delicate and heavier aspects of their sound and Marie embodies that polarity as she effortlessly switches between a powerful belting voice and a passionate scream.

“Holes In The Floor” is an enjoyable start to Brokentooth. The music builds up from seemingly nothing and, before you know it, you’re suddenly in this high-energy moment. Marie’s delicate vocals really grab your attention just before the band launches full-throttle into the song. Those vocals tug at your heartstrings in the next track, “Supersymmetry,” which features driving beats over a soft melody. “Echoes Fade” could be the song that turns heads(and ears) for DIVIDES. Featuring Chris James of Defeat The Low, this number is where the band really showcases that musical polarity of theirs. “Sails and Anchor” slows things down. Marie’s voice is ethereal in this anti-ballad of sorts that speaks of being held back. My biggest reaction to “Siren” was “wow, powerhouse vocals!” It got me really amped up as Marie screams her frustrations into this song, but effortlessly switches gears and belts out some truly powerful melodies. “Alpenglow” slows things back down again as we float away with soft melodies and more ethereal vocals. The whole band paints a beautiful scene here. I really got a sense of what snow must look, feel, and sound like. Being a Florida native, whose only experience with snow is a light dusting that melted immediately and never stuck, I have to applaud the band on their brilliant use of imagery. “Splay” dives right back into heavy riffs and driving beats. There’s a lot of regret in this song mixed with some pretty strong loathing of others and of oneself. “Brokentooth” immediately kicks off with strong frustration with a parasitic theme. “Vines & Thorns” slows the album down one more time. This track really speaks to me of the desire to just give up despite the strong will to carry on and prove yourself, while also finding a stronger resolve to grow out of devastating experiences. “We Are Fragments” closes the album up with some interesting tempo changes that are still incredibly easy to follow along with. Music is a really strong theme here, and touches on the band’s desire to unite human beings through music.

Be sure to hit up DIVIDES’ website and watch the music video for “Echoes Fade.”  You can pre-order Brokentooth over on iTunes, and listen to DIVIDES’ previous releases, Departures and I Guess Love’s A Funny Thing, on Spotify, so what are you waiting for?!

Previous Gold Mine Music Group.
Next Mayhem Festival: End of an Era 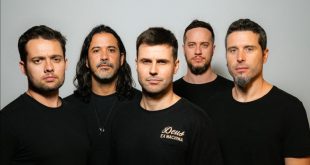