Home / Interview / An Interview with Adam Perkins- “I made this EP in a place where I see everything as relative to.” 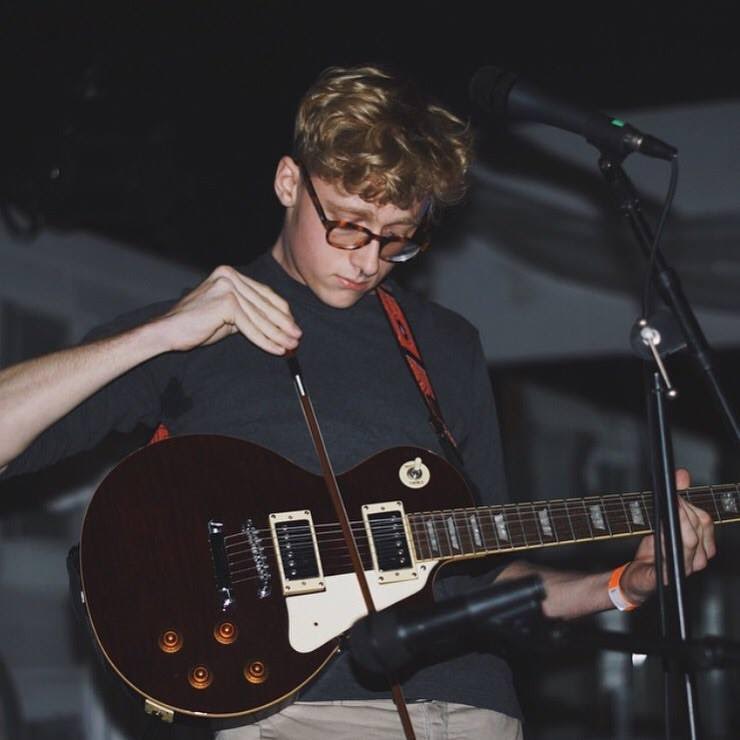 An Interview with Adam Perkins- “I made this EP in a place where I see everything as relative to.”

Ask anyone about the influence of social media, and you’ll receive highly mixed opinions. But one thing can be said for sure about the new digital age, and that’s the fact that thanks to social media, it has never been a better time to be a young musical artist. Exhibit A being Adam Perkins; an 18 year old artist residing in Southern California. He first gained rapid recognition for his content on the popular app Vine, and his Vine following quickly flowed into a following of his music once he started sharing his EPs. But, Perkins doesn’t allow himself to fall into the stigmatized category of “internet-famous teen”. His raw talent and strongly poignant music showcases a refreshing maturity, and I had the pleasure of speaking to him about his musical life, as well as his new EP: “I am Away from Home”.

In your latest EP, and especially in the title track, there seems to be heavy themes of homesickness, and feelings of sentimentality and nostalgia. Were these themes intentional?

Well, I am away from home right now, in Maine. I’ve been away for more than two weeks. My family has had the house my entire life, and I recorded the EP in my bedroom there. So, that definitely was an influencing factor. This place is somewhere I seem to see everything as relative to.

Thinking back to your early childhood, what can you remember your first experiences with music being? Which artists did you grow up with?

My parents used to play a lot of Fiona Apple around the house when I was growing up, especially her album Extraordinary Machine. I also listened to a lot of Garbage.

What artists tend to inspire you and influence you?

I tend to be influenced strongly by airy dream-pop. I think two of my strongest inspirations would be Yo La Tengo and Joni Mitchell.

I think one great thing about your music is that it doesn’t sound similar to anything else. It stands on its own, really refreshingly different. How do you think you found your own unique sound, your niche? Was it a long process, or did you just pick up an instrument and found that it came naturally?

It’s hard to say. I’ve been playing music for a while, and as soon as I started getting recognition on the Internet, it gave me motivation because I knew people would hear it, and people responded well. And, as far as my sound, I think one thing I discovered while making music is that I have a hard time singing fast paced music, and going to one certain, strict rhythm.

What’s your creative process like? Do you begin with your lyrics, or do you play around on instruments first and fill in the rest later?

I always start with guitar, because it’s easiest to come up with melodies to start with. Then, I like to just sing gibberish and find words that sound good to me.

Do other people influence how you feel about your music? I know that when you put your material out there on the internet, social media, etc. people are going to voice their opinions, good or bad. Do you just take it all in stride, or is it easy for you to take any possible criticism to heart?

It is kind of easy for me to take it to heart, but then again I can’t expect much from Vine as a large audience because my music doesn’t really apply to the people that watch my Vines. I just put it up on Vine for anyone who might want to listen. But yeah, I do sometimes take criticism to heart. But, it’s better to receive recognition and criticism, than to receive no recognition and no criticism.

What are you listening to lately?

(Laughs). Let me check my Spotify. Recently, I’ve been listening to a lot of Dungen, The Microphones, and Sigur Rós.

Your music taste is quite eccentric, quite different from many other 18 year olds. What do you think influences your music preference?

My friends turn me on to a lot of artists. I always feel kind of behind, because I’ll think I’ve discovered a band but all my friends knew of them already; they’re way ahead of me. My music taste comes from a lot of different places in my life, though.

What song of yours are you most proud of, and why?

Probably Babel. (From I am Away from Home.) I’m proud of the chord progression.

Finally, what was the first instrument you ever learned? Did you take music lessons as a kid?

My first instrument was the bass. I took lessons for it in the third grade. But, I’ve been playing guitar for four years.

Listen to and purchase Adam’s music on Bandcamp here.