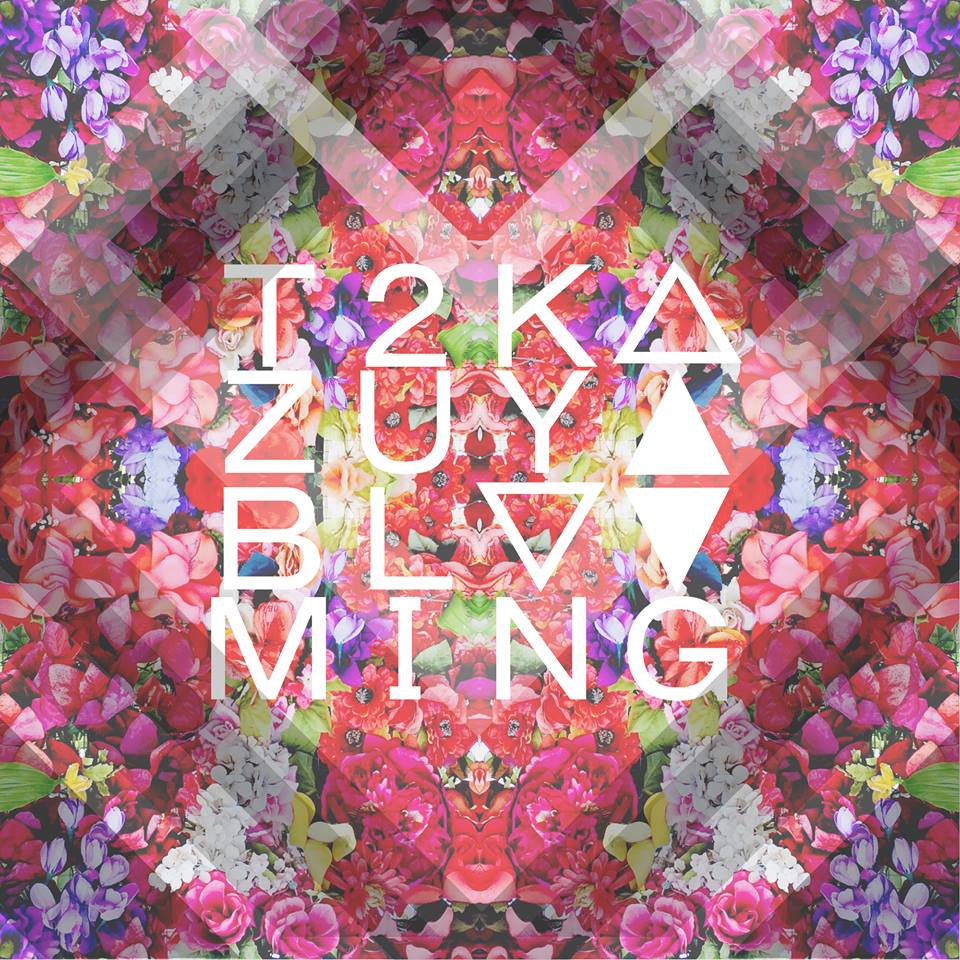 The plethoric spectacle of booming bass, dry 808 snare rolls and skewed vocal-laden hooks continues to plague EDM’s musical sincerity. Time after time, the average listener merely gravitates toward what is instantly danceable, and doesn’t feel compelled to seek the unknown. Luckily, an alternative does exist. And no, this is not simply an allusion to a sound with debatably different qualities, but a diverse scene yet to be acknowledged by a keen set of ears.

From the alternative emerges post-EDM artist T2Kazuya. After releasing several singles on FutureWorld Records, his debut album, Blooming, embarks on an insightful departure. Structurally, each song pairs the wondrous, avant-garde nature of a child with the seasoned discipline of an adult. Throughout the album is a dream-like sequencing that cleverly fluctuates between a smooth ride and an enigma. There’s a certain grounded approach in its production values, and an intrinsic nostalgia that grows with each listen.

“Youth” begins the album with an appropriately transformative progression, from the security of the womb to a world full of mystery and excitement. With its soothing shoegaze pad at the start, the listener is already immersed in a fresh soundscape. The piano melody that grazes alongside the pad feels similarly organic and warm, complete with a lead that holds these components together nicely. While there is no immediate build up, the listener can still sense an intensity brewing. The fill to the chorus subsides prematurely, but the energy is reinvigorated by a rockier synthesizer solo, complete with divebombs and harmonization. In the second track, “Amoena,” the same atmosphere is persists, albeit with more instrumental nuances to emit a burgeoning maturity. During the chorus, the drums include additional sporadic percussion that gives a refreshing groove to a phase normally coated in faux-epicness. Another layer of wispy single notes is only subtly heard, allowing the listener to enjoy the fuller spectrum of the drums and bass.

By the fourth track, “Glimmer,” the level of maturity reaches a peak, as the song’s phases are more solidly positioned and straightforward. Even more prominent this time is the presence of the would-be signature detuned synth sound. Based on its sheer placement in the intro alone, you know you’ll be in for something memorable. The main melody is smartly played in small increments atop a steady hi-hat groove, while a more conventional synth plays the melody in full. The chorus creates a unique sonic identity, and would definitely make the song a carrier single. Like “Amoena,” it is also characterized by an involved drum rhythm. Rather than blatantly repeat the chorus in the subsequent section, a build-up phase maintains a momentary impact, after which the chorus makes a sneaky return. The short transitional bursts between phases have a distinct space influence, akin to warping between areas of the mind. Likewise, “Petrichor,” from the second group of tracks, explores a different realm. The seventh minor chord that is heard throughout the song evokes an effective bittersweetness, as if long cherished memories have been reduced to static; as if the once smooth-sailing route into someone’s heart had been cursed with unnecessary detours. The experience feels like being under time constraints, having to conquer a virus that dominates those once joyful reminiscences. Once the final track, “Like Home” is reached, it is fair to say that an idyllic zone of comfort has become reality. Shifting down to a mid-tempo, the song takes the listener on a gentle cloud past the chaos and clutter. To an extent, they can sense all of the bad energy evaporating and being replaced by the warmth and security that defines the start of the album.

Overall, Blooming is an essential piece of an EDM movement that takes a diverging path. T2Kazuya creates a new craving for a sincerity that still requires a stronger visibility, in order for the more passive crowd to take note. Like any genre, a saturation of conventionality is expected in order to give rise to an edgier alternative. However which way the scene decides to function, it is imperative that Blooming be recognized as album that deservedly challenges the scope of mainstream electronic music.

The album is available via the following outlets:

I come from a family who is passionate about all things music. I learned to sing at an early age, and by 13, had my very own Fender Strat guitar. I tried my hardest at learning all that I could. Because I was born with cerebral palsy, I had to teach myself an adaptive playing style. I learned to write and record my own music, despite these difficulties. In college, I started making great use of my writing abilities by reviewing music, as well as copy editing. I guess it's best to stick with what you know, while welcoming a fair challenge at the same time.
Previous Stiff Lauren – Passion
Next EP Review, The Alpine Camp, “Adventure”