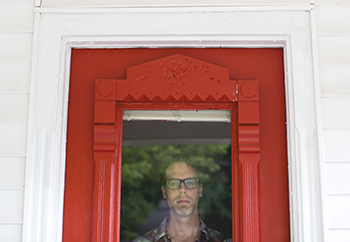 Known for the retro pop soul of Magnolia Sons,
Benjamin A. Harper is a constant fixture in the Nashville music scene.

On July 24th, 2015, Harper makes his solo debut with new album,
“Get Thee Behind Me”, marking his first release outside of the active
10-piece soul super-group Magnolia Sons in over five years.

Drawing inspiration from classic icons like The Kinks, Bowie, and Nilsson, Harper delivers a modern and quirky aural inventiveness that has drawn comparisons to Beck or Spoon. (Past endeavors include Feable Weiner, The Comfies, Bravo Max, and the Nobility).

Featuring mellifluous vocals over lush arrangements ranging from the orchestral to delicate and spacey introspection and imaginative indie rock, Harper’s solo debut is intelligent and thought provoking songwriting for the purposeful music listener.

With “Get Thee Behind Me”, Harper never skimps on the smart, pop sensibility handed down by classic influences like The Zombies, Bowie and Nilsson and at once, creates sonically interesting compositions. The album started as a series of home demos but as Harper kept building on the material, it quickly became apparent the production needed to make its way out of the house.

We hope you’ll give it a listen.

“Get Thee Behind Me”