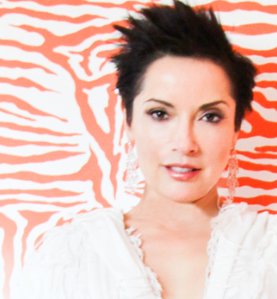 It isn’t enough to have an unique voice. It isn’t enough to have technical skills. These are valuable qualities for any artist to possess, but passion is more essential than any of the aforementioned things. It isn’t white-knuckled, screaming until your hoarse passion. It’s passion that drives the spirit to take chances and reach beyond the given. With her latest single, “Never 2 Late”, Rey demonstrates that she’s a passionate, flesh and blood human being deeply engaged with the realities of life.

It’s often atmospheric and this is certainly thanks to the understated backing and Rey’s tasteful phrasing. The harmony vocals are another strong addition and help strengthen the feeling that there’s something genuinely at stake here – her exhortation to never give up takes on a new, additionally dramatic dimension that, on first listen, it might lack. However, like all great music, “Never 2 Late” holds up under repeated listening and doesn’t surrender its secret depths on a first pass.

The song’s sturdy construction never loses its way. Rey co-wrote the song with John Oates, one-half of the Rock and Roll Hall of Fame duo Hall & Oates, and the fusion of their two talents gives the song focus. There’s no wasted motion or useless sideshows. Both band and singers turn the full force of their attentions to the song.

This is Rey’s third single following the 2012 release of her first full-length album Habit. In that time, Rey has cut a cover of the Squeeze classic “Tempted” and turned her attention to more socially conscious material with its follow-up “Colours”. The latest single attempts to bring that social consciousness closer to the personal and the efforts result in a track with multiple possible interpretations. “Never 2 Late” finds Margo Rey smacking a home run for the upper decks and will undoubtedly please many admires with this new release.