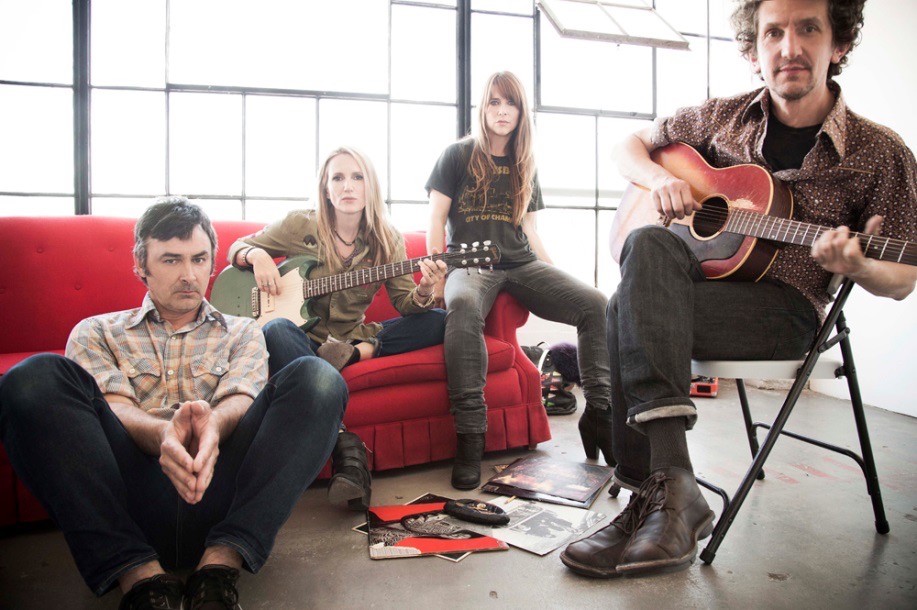 Chicago’s WXRT – the band’s hometown station and longtime supporter – has premiered the album’s brilliant opening track, “The Gospel According To Saint Me,” today on air and online. PRESS HERE to listen to it. The song will continue to be played on air this week as well. A haunting lyric video for the track can also be viewed HERE.

Stereogum has premiered the album’s official first single, a barn-burner of a song called “Laughing in the Sugar Bowl.” PRESS HERE to listen to it now.

Fans who pre-order Ghost Notes HERE will receive both songs as instant downloads.

Veruca Salt will also be embarking on a full-length North American tour this summer in support of Ghost Notes. Tour dates can be found below.

Ghost Notes is an amalgamation of everything that made Veruca Salt into a household name from the beginning and then some. All the hallmarks of the well-loved Veruca Salt sound are there: careening guitars, crashing drums, savory bass lines, and the unmistakable, incredible vocal interplay of the band’s two fearless leaders – Nina Gordon and Louise Post. The album presents a sonic narrative – the story of the band’s rise, demise, reconciliation, and reunion. Songs answer the myriad of questions surrounding their sudden implosion over fifteen years ago, allowing Veruca Salt to truly air their grievances, forgive each other, and make the third album they intended to make back then. Songs that were started in the mid-to-late 90’s and abandoned in the breakup have been reclaimed and reinterpreted, allowing Ghost Notes to serve as a stunning document of all the band left behind, while focusing on everything glorious to come. It is a record of hearts stitched back together and worn proudly on sleeves; a tour de force of friendship, betrayal, desperation, loss, regret, reformation, and redemption. And – at the end – the album is the jubilation of four musical peers who found each other again, and got to reconnect the best way they knew how: through song.

For anyone who proudly head banged through “Seether,” who pogoed along to “Volcano Girls,” who picked up a Les Paul guitar after seeing the band’s epically fierce live show – this one’s for you. #thebitchisback

Ghost Notes track listing:
The Gospel According to Saint Me
Black and Blonde
Eyes On You
Prince of Wales
The Sound of Leaving
Love You Less
Laughing in the Sugar Bowl
Empty Bottle
Come Clean Dark Thing
I’m Telling You Now
Triage
Lost to Me
The Museum of Broken Relationships
Alternica