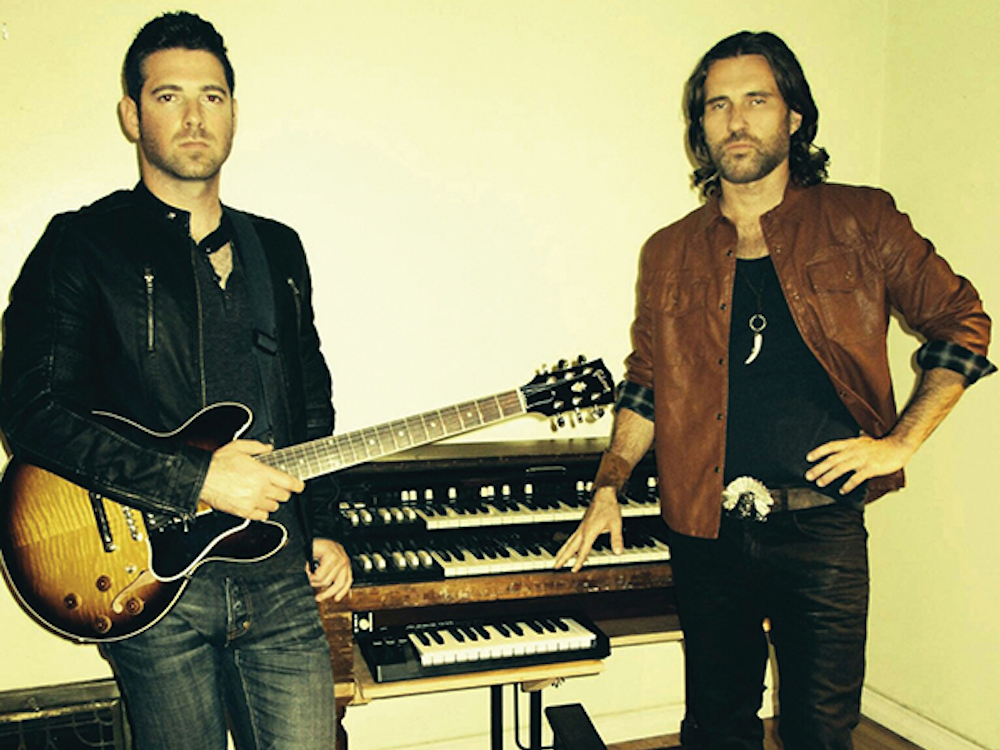 Los Angeles duo Rebel House Radio just released a video for their new single, “Can’t Say No”. The video’s alternate reality is instantly intriguing and full of cinematic complexity. RHR’s complicated story line kept me wondering what would happen next.

The video tells the story of a man who is obsessed with a woman that doesn’t feel the same about him. He tosses a table in despair when she doesn’t show up for their dinner date, and suddenly finds himself drowning in a pool of spilled wine. The story continues when he finally gets to have a coveted moment with her. Lingering questions were answered when I learned that the whole story was a dream – and then, of course, a singing moon appeared.

The song is simple yet powerful. The catchy chorus hits so many times yet continuously vibes well with the structure of the song. A mix of verse, instrumental, and bridge, the song takes a path that comes off as complex but is actually as simple as modern country. The song doesn’t necessarily demand a psychedelic storyline, but this video is an abnormally perfect route. The hits are all there and the story is adequately followed.

A fantastic attraction like nothing else I’ve seen, “Can’t Say No” is exactly what modern rock lovers should be looking for.

Stephen Vicino is the founder of MusicExistence.com. He created this site to give talented musicians a voice and a way to be discovered.
@@svicino
Previous The Prescribed Overdose EP
Next WINDS [&] WALLS, EP2: “Still Lions”, OUT NOW!