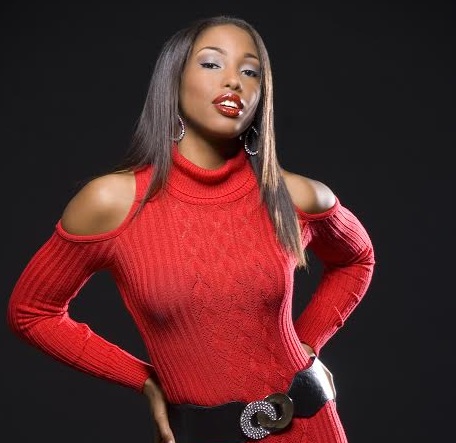 AnnMarie is a singer, dancer, songwriter and model who has opened for artists Case, Lil Mo, and Ruben Studdard, amongst many others. In October 2010, AnnMarie was sought after for a show being broadcasted on major network and extended the opportunity to showcase her talents on the premier episode of VH1’s Dance Cam Slam. She is also a 2 time Online Music Award nominee and winner of the OMAs Best Pop Act of 2012. As of this year, she is nominated for the 2014 Global Film Fashion Television Theatre Movie and Music Awards for Best Unsigned Act and the 2014 13th Annual Independent Music Awards for Best Pop Song. AnnMarie has also graced the cover of One Ten Magazine and most recently was featured in a six page spread in January’s Silk Magazine. A well rounded entertainer, AnnMarie’s goal is to revive the essence of entertainment back to its true state: real singers, that really dance.

I caught up with AnnMarie to learn more about this upcoming superstar:

How would you describe your sound?
My sound includes soulful vocals over Caribbean, hip-hop, dance, r&b, and classical accompaniment.

What has been your biggest accomplishment so far in your career?
Performing and directing a 2 hour concert for our brave soldiers in Fort Bragg, North Carolina. I’d say performing on television on VH1 and winning the Best Pop Act for the Online Music Awards fall in line.

Where do you see yourself in 5 years?
I definitely see myself expanding dance workshops, merchandise/fashion, and aiding future artists in development and live performance. I’m also continually working to expand and have my own recording studio.

What are some of your musical influences?
I’m influenced by many genres. At the top of my list in no particular order are Mariah Carey, Celine Dion, Whitney Houston to Ella Fitzgerald, Anita Baker, Janet Jackson, Madonna, Usher, Michael Jackson, Josephine Baker just to name a few.

What/who motivates you?
My musical hero was and still is Michael Jackson. I want to exude passion and conviction in my studio and live performances while remaining humble.

How has North Carolina influenced the music you make?
There are many talents that I’ve had the privilege of collaborating with and bands that I’ve been honored to perform with. It aided me in challenging myself creatively and motivates me to record and perform my best.

How big of a role does dance play in your music?
Dancing is definitely synonymous with my singing. I’m also a choreographer, and enjoy teaching children when I have the time. I love to put on a full-on show that includes live vocals and dance. It excites me to keep my audience members in anticipation! One big party!

Think about your ideal playlist, list some songs that would be on it:
“Ave Maria”, “Moonlight Sonata”, “Billy Jean” by Michael Jackson, Whitney Houston’s “I Will Always Love You”, “Hero” by Mariah Carey and “Beautiful Disaster” by 311, and “It’s Carnival” by Destra Garcia just to start.

And keep an eye out for Volume 3 due out in August!