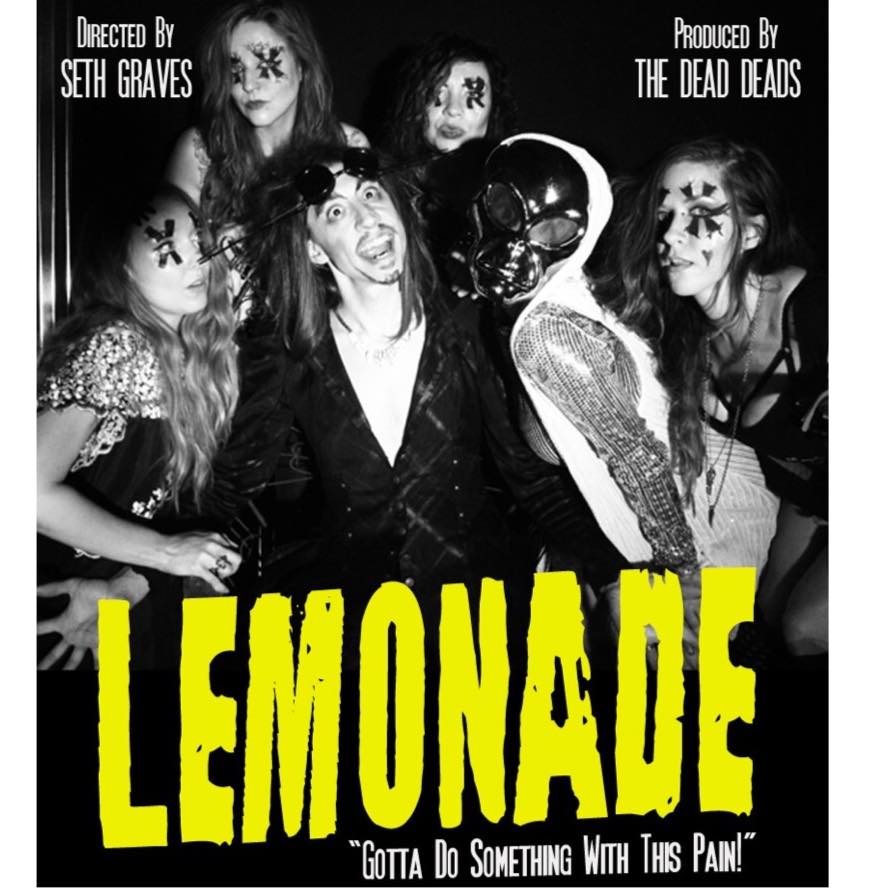 THE DEAD DEADS NEW MUSIC VIDEO “LEMONADE” FEATURES ALIENS, SUPER POWERS, AND A FREAK SHOW. WHAT’S NOT TO LIKE?
ON THE HORIZON: Later this fall the girls will be hitting the high seas on Motörhead’s Motörboat, doing a headlining Midwest Tour sponsored by HomeBrewIt.com and starting work on a new album, the follow-up to their critically acclaimed debut, “Rainbeau.”
Nashville, TN: Video directed by Seth Graves set to premiere July 6th, but the girls will sneak it out at 11:11pm on Sunday the 5th, followed by a question and answer session on Twitter with their fans. Tishimon Records has been teasing fans for months with movie posters featuring characters from the video à la Taylor Swift. These posters have been on all social media, but also posted in two famous areas of Nashville–Five Points in East Nashville and The Rock Block in Midtown.
Lead Singer Meta Dead says, “This video is extra special to us because the song was selected by our fans via our twitter. The Dead Corps overwhelmingly requested a video for this tune, and we are so happy with how it turned out! It’s silly, scary, and absolutely us. Plus, our tour manager/FOH, Keiffer Infantino plays an evil scientist which is perfect.”