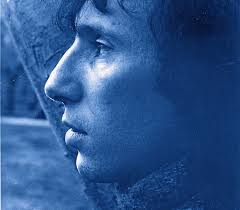 Better a Fool Than Aloof by Elliot Schneider

Better a Fool Than Aloof by Elliot Schneider

Singer-songwriter, Elliot Schneider has been on the music for a lot more years, compared to any of his contemporaries. His latest album ‘Better a Foor Than Aloof,’ which has 12 tracks is probably the culmination of all the work that he has done over the years.

His first album, ‘Surreal Survivor,’ which released in 1986, was a huge hit with the audience as it went on to become the No.1 on Amazon’s Hot New Releases mp3 chart in Rock/Oldies & Retro.

And his second album, ‘If Looks Could Kill, I’d Wear Mirror Sunglasses,’ was equally successful and much appreciated.

Schneider, who is almost nearing 70 now, doesn’t give the vibe of a sexagenarian, at all. His music if full of life and magic.

Schneider, who is famous if the New York and San Francisco music scene, got back to the music scene after a hiatus of about fifteen years, during which he became a philosophy and history high school teacher. Even during his years of absence from the music scene, he kept his love music alive by jamming with high school bands, to an audience of predominantly the teenage crowd.

In this album, ‘Better a Fool Than Aloof,’ Schneider tries to recreate the magic of the years that have gone by. You can sense the feel of nostalgia, reminiscence and at the same time, the dash of novelty, in all his tracks.
The album has been getting an extensive overseas play, thanks to the variations in all his tracks, which makes a spectacular album. The one aspect that everyone looks at while listening to a rock album is the entertaining factor, and admittedly Schneider’s latest album is every bit entertaining.
This album is full of songs that one would play along on a long drive, on a pleasant evening or on a day on the beach. Schneider has definitely tapped into the potential of the rock song genre and has produced to an extent where every song of his has a deeper connotation to it.

Schneider’s latest album shows his artistic integrity and definitely his years of experience reflect in each of his songs. More than any other aspect, the one thing that is starkly noticeable is the fact that the artist enjoys creating music and producing it, than merely putting it out there.

Schneider’s music reflects the kind of vibe, which says that he is someone who creates music to satisfy his inner calling and he taps into that feeling with all perfection.

All the tracks in this perfectly composed album follow the rock and roll genre to the core and hang on to its audience, for a really long.

The album has a quality that will make it a hit with every age group, and that remains the charm of Schneider.

Previous “Break Free” by Only On Tuesdays
Next Gallery: The Melvins at The Exit In Nashville, TN 6/5/15