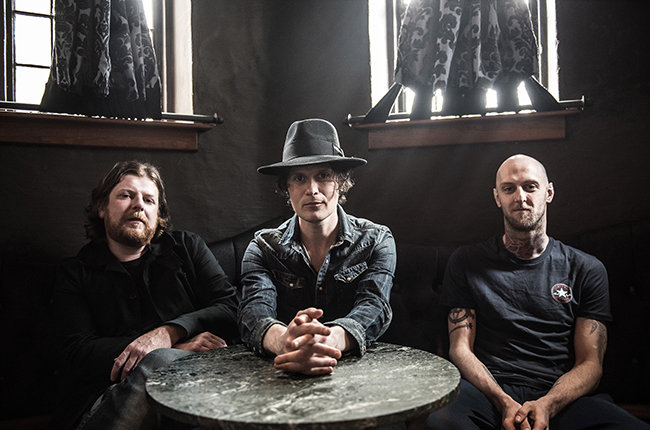 They say that vertigo is not the fear of falling but the fear of wanting to jump. But Jon Fratelli knows no fear. With Eyes Wide, Tongue Tied (Cooking Vinyl; release date: August 21, 2015), the new album by THE FRATELLIS, he and the band have jumped from the precipitous heights that three albums (two Top Fives), a Brit Award, four sold-out nights at Brixton Academy and countless sell-out shows around the world took them to. Exuding Zen-like calm, Jon has embraced the free-fall, abandoned the baggage and has never got on better with his band mates or enjoyed playing live as much as he does now. And boy, does it show.

Eyes Wide, Tongue Tied is the sound of freedom. It is the sound of a band at the peak of their powers. An exhilarating trip; it’s as much flying as it is falling with style. Listening to it; from the rush of album opener ‘Me And The Devil’ to the elegant landing of closing track ‘Moonshine’, it is obvious that The Fratellis are the embodiment of the maxim, “leap and the net will appear”. This is an album that oozes confidence and verve.

Billboard premieres the opening track ‘Me And The Devil’ today, which can be found here:http://www.billboard.com/articles/columns/rock/6583095/the-fratellis-me-and-the-devil-eyes-wide-tongue-tied-exclusive-stream

After the release of 2013’s We Need Medicine, the Glaswegian trio, completed by Barry Fratelli (bass) and Mince Fratelli (drums) spent a year touring the world. At the tail end of 2014, they decamped to LA to work on album number four with Tony Hoffer (M83, Depeche Mode, Belle & Sebastian), who also produced their first album smash, Costello Music.

With Hoffer at the helm, they were released. The pure enjoyment of ‘playing for the fun of it’ was back. The band had initially thought they’d produce the record themselves, but with Tony as ‘director’ all but two of the songs were thrown to the wind and in just four short weeks, the album was written and recorded with The Fratellis relishing instrumentation and possibilities they wouldn’t have even thought about without the direction of Hoffer.

That unique, bright clarity of California sunshine seems to permeate the record and the band channeled it to create an album that represents what they do best. At the heart of Eyes Wide, Tongue Tied, there’s a fun, energetic soul reminiscent of their 2006 debut. It’s wonderfully vibrant, playful and the stories and characters it projects embody the spirit of LA (the first place Jon Fratelli ever went to outside Scotland). With recognizable nods to 70s Cali-rock, rockabilly and glorious hints of Americana and country layered high, it’s a glorious homecoming with roots in both Scotland and LA.

Littered with standout tracks; The foot stamping ‘Baby Don’t You Lie To Me!’, the spiralling riffs of‘Getting Surreal’ and ‘Thief’ – all big choruses and live crowd pleasers. ‘Dogtown’ parades along with its strident brass section and funk-driven bassline, it’s early 70s Stevie Wonder covering The Beatles”Come Together’, while the delicate, drifting layers of ‘Moonshine’ bring us to a reflective, poised ending.

Open your mind… take a leap with The Fratellis Eyes Wide, Tongue Tied and the net will catch you.

Previous Album Review: Failure – The Heart Is A Monster
Next Treason This – Always Perfect EP 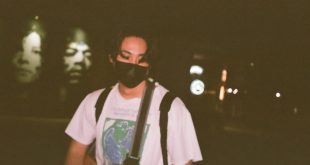