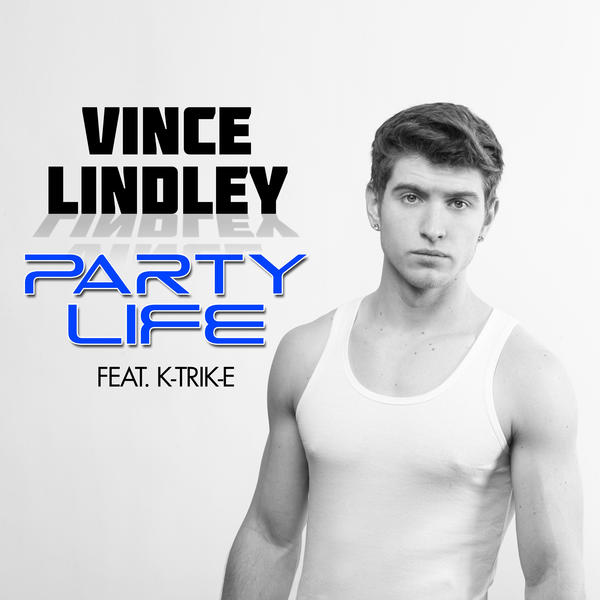 When tackling Vince Lindley’s new track, ‘Party Life,’ a rollicking good-time tune featuring K-Trik-E, I struggled with approaching it critically. As a critic, it’s not only my job to professionally analyze music, but it’s also my job to determine whether or not a piece succeeds in its desired pursuit. Lindley’s new track subscribes to its name: it’s a party song. Is it a good party song? Well, let’s dig into it.

First, let’s hone in on the production of the track. For the most part, it’s not bad. (That doesn’t mean it’s that good, either.) The electronic instrumentation feels both energetic and intense. With that said, it the bass-thumping nature of its composition is predictable. Sometimes, the vocals get buried in the song, especially in the choruses. The verses, however, bring the vocals properly to the forefront. It’s a decent production, it just doesn’t pull out any of the stops to be overly creative.

The content of the song is as predictable as you’d expect. ‘You only have one life, so live it right,’ they chant over a mind-numbing bass beat. ‘Raise your glass, have a toast,’ etc. As I listened to the track, I half expected a drunken Ke$ha to stumble into my apartment with glassy eyes and a wretched stench.

‘I stepped into the party on a Friday night. I got my fellows on my left with my ladies on my right. We pourin’ it up and we drinking it down because a night like this we’re party bound.’ Lyrics like that exhibit a complete lack of creativity and feel stereotypical as can be. This is the kind of party music a young, drunk girl puts as her ringtone and every time it goes off, her and her friends yell obnoxiously and take another shot as everyone else in the bar slowly moves away from them.

As a critic that values his work for its integrity, honesty, and professionalism, I can’t commend ‘Party Life’ in any way. It’s a truly terrible song. It’s the type of track that will only be mildly entertaining if you’re completely wasted and barely coherent. If you’re sober, or want to listen to something even remotely tasteful, steer clear of Vince Lindley’s ‘Party Life.’ It’s not even a good party song. At least break out New Order or something.