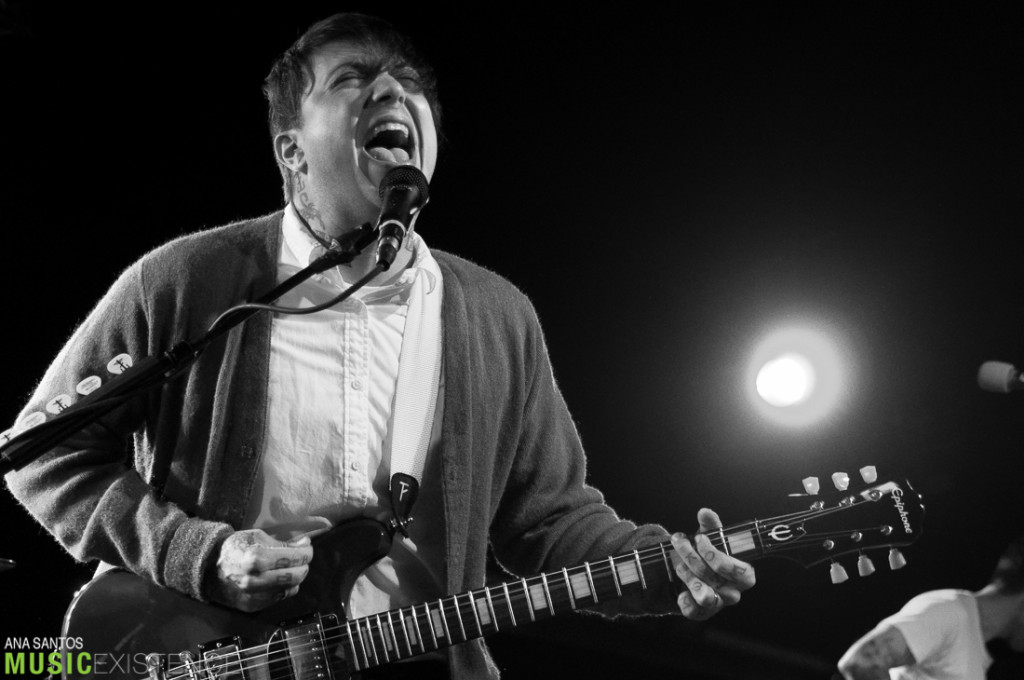 frnkiero andthe Cellabration returned home to Starland Ballroom this past Friday, June 19th 2015. Even though the band wrapped up their first headlining US tour back in April, frnkiero andthe cellabration wasted no time hitting the road once again, this time in support of punk-rockers Against Me!

Having had the chance to follow the band’s progression since their Stone Pony performance in December, to the opening and closing shows of their headlining tour, I can attest to their incredible growth as a band. While their musicianship is unquestionably fantastic every time, it’s clear to see that NJ’s four-piece outfit has grown increasingly more comfortable on the stage.

In a February interview with MusicExistence, Iero said “I also think because the band has only been alive since September of last year they [the fans] have only seen us evolving, so hopefully they’ll see the band growing as a whole and it wont be the same as it was last year and it’s not going to be the same as it will be a year from now. I think that’s the beauty of it.”

He was right about that. It’s been fascinating to watch Iero himself evolve from someone who would perform a whole set with his eyes closed and very briefly address the fans, to a frontman actively engaged with his audience in just a few short months. I can’t wait to see where the journey will take them next.