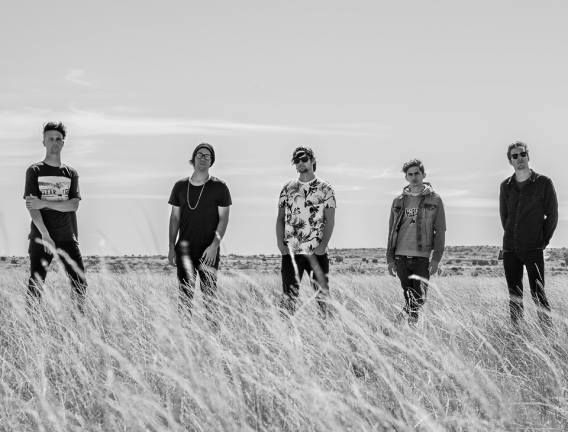 Indie rock band, Redlands, has teamed up with GroundSounds to premiere their new track “Leather Boots,” today. Stream the track here: http://bit.ly/1FQhLGu. “Leather Boots” is off the upcoming EP, Adventurer, which will be released on July 14th, 2015. The band previously premiered the song “Adventurer” with Diffuser and their song “Top Shelf Liquor” with PureVolume. The EP was co-written with Sean and Alex Silverman of This Century and recorded with producer, Matt Malpass (Copeland, Lydia, Relient K, Manchester Orchestra). The band has plans to tour this summer, with dates to be announced soon. Adventurer showcases Redlands ability to take Rock and Roll to a whole new level with five dance-worthy tracks. For more information, please visit: http://www.redlandsmusic.com

When speaking about the meaning behind “Leather Boots,” lead singer Ben Lohle explains, “I don’t write songs about anybody or anything in particular usually so I can’t really give a definite meaning to it. I want people to take from my music what they will, but I guess if you asked me what this song means to me at this moment in time it’s about confronting yourself, and taking on life and everything it throws at you.” He continues, “This song kind of reflects my experience recording in Arizona, taking the leap into the “unknown” and creating songs, regardless of what doubts I might’ve had.”

Forming in early 2014, Redlands is an American rock band from Denver, CO, composed of members from various local bands lead singer Ben Lohle had played with throughout the years. The band’s first release, The Lonewolf EP, was recorded in North Hollywood with renowned producer Matt Grabe (The Maine, Katelyn Tarver, This Providence) and released on February 4th, 2014. Within months, the band landed a spot on the Van’s Warped Tour’s Ernie Ball Stage at both the Salt Lake City and Denver dates.

With plans to hit the road in early 2015 in support of Adventurer, Lohle states, “I think fans will be surprised with the direction of this new album. With hints of multiple genres in our last EP from heavy Rock ’n’ Roll riffs to sing along Country rock songs, I think creating something different from that was the main idea for any kind of follow up release. It’s definitely more of an indie pop rock album compared to the last set of songs, but who wants to hear the same songs twice? It’s fun to change it up and try new things”.

Adventurer is yet another example of what Redlands is capable of, so comparing the two EP’s to one another is difficult. The band has a brand new approach and it is clear that this is some of their finest work yet. 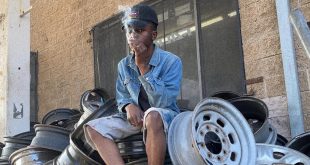