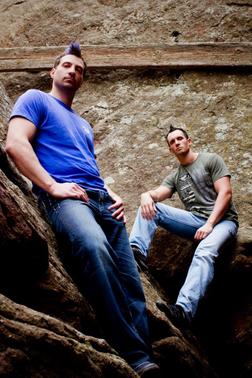 ‘Not Another Playne Jayne’

‘Not Another Playne Jayne’

One of the reasons I left my hometown of Aurora, Colorado, was to pursue music because I couldn’t find any intriguing scene available in the area. So in part, I was a bit surprised to see Not Another Playne Jayne, an up and coming rock outfit hailing from Aurora. Their new hard rocking, eleven-track self-titled debut is an interesting offering of dark, gritty music.

The vivid, gothic art style of ‘Not Another Playne Jayne’ compliments the actual music on the album quite well. Their artistic direction feels very similar to the early years of Queens of the Stone Age. (I say early because the sound isn’t quite as refined as Queens’ last album, but the similarities are more apparent than any other line I could have drawn.) The production of the album is very well done – it’s mixed properly, the sonic soundscapes are fairly creative and inviting, and the sound is brooding and haunting.

There is one very serious problem with this album. Not Another Playne Jayne bills two lead singers, so I’m not sure which I’m critiquing here, but… the lead vocalist on ‘Black and Blue’ is not a very strong singer by any stretch of the imagination. When he enters the high notes of the song, it’s like nails on a chalkboard. He can’t sing, at least, not in the style he’s trying to. The only vocal salvation is the deep, ghastly vocals that grunt underneath the lead. Those are quite awesome.

As I dove deeper into these eleven songs, I found myself repeatedly disappointed that the lackluster vocalist on ‘Black and Blue’ continues lead throughout the majority of the record. Fortunately, that dude takes intermittent breaks on songs like ‘Never Be The Same’ and ‘Not So Common Sense.’ Instrumentally, every song on the record sounds a bit like the last, but there are some exceptions, such as the drifting ‘Just As Well.’

Not Another Playne Jayne is a group plagued by one very poor vocalist. I hate to lay the blame for a hit and miss on the doorstep of one vocalist, but that’s how I felt during the hour and a half I spent with this album. Just listen to the last few moments of the album on ‘Parasitic,’ when the two vocalists banter off of each other. The one in question painfully screeches along while the lower-keyed vocalist attempts to smear white-out over the number the former guy is doing on your ears. He isn’t kind to them. Not Another Playne Jayne’s attempt feels fatally flawed by this vocalist. They should kindly drop him and try again, because there is potential here.

Previous Louder Than Life returns to Louisville on Oct 3-4!
Next Colorway – The Black Sky Sequined