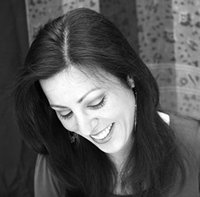 A hard working singer and songwriter, Jodi Krangle ‘s CV includes her stewardship of a popular website for songwriters named The Muse’s Muse and a successful career mentoring and instructing vocalists and working as a voice over talent. She adds recording artist to her history with the release of Time Will Tell, a fourteen song collection of torch songs with arrangements and instrumentation hailing from another time and place. This is a retro, flashback sound, but it’s clear that Krangle is never aiming for anything less. Her audience is small for a release like Time Will Tell, but some fans will buy the new album and much of what’s on it directed squarely at pleasing them.

Opening with “I’ll Be Seeing You” is all the evidence anyone needs that Time Will Tell is a vehicle for nostalgia. There’s certainly no pretense of breaking new ground when you content yourself with covering a track impossible to call your own. Too many definitive performances make it difficult for Krangle to ever really make the song her own. She encounters the same problem with “The Water is Wide”, but frankly, her vocal in the latter song towers over the earlier effort and there’s certainly a strong narrative for any competent singer to latch onto.

The title song has a clever lyric with multiple meanings, tasteful guitar, and playful mid-tempo shuffle that sets it apart from earlier fare. Krangle’s singing is equally full of fun and daring as she tackles some potentially tricky phrasing with audible exuberance. The clicking fingers and vocals opening “Sex and Chocolates” makes great hay out of essentially a one-note joke, but the jovial music and unusual build help play things out to a satisfying end.

“Damned” is a stab at some smoky nightclub blues, but Krangle doesn’t bring enough grit to the lyric to overcome the central cliché driving it. The album’s final track, “Goodnight, My Love” carries the entire smoky ambiance that defines many of the other tracks, so while it breaks no new ground, it reaffirms everything that has preceded it. This final statement is a reminder that music like this isn’t really a part of our lives anymore and singers like this keep it alive for future generations. While some will regret Krangle’s refusal to take many chances, her talents are indisputable and carry the album.