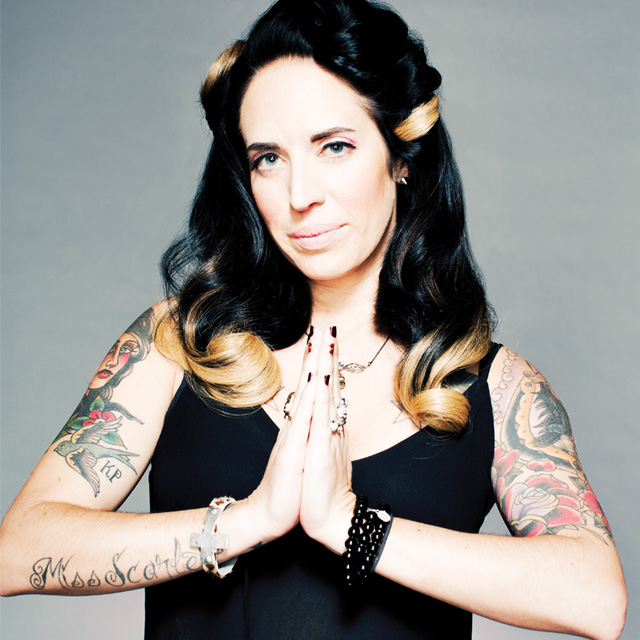 Former contestant on The Voice and onetime front-woman for Minneapolis rockers Scarlett Haze has released a debut solo EP, Fearless, that looks to build on her successful television run and a recent spate of live appearances throughout the country. Perkins clearly established a rapport with the viewing and live audiences during her time on The Voice, as evidenced by live voting that spared her from elimination, and the same sincerity that propelled her so deep in the competition is fully present on this release. Unlike many winners from this show and others of its ilk, there’s an impressive maturity and confidence in Perkins’ songs that sparkling production helps bring to the fore. The brilliant star in the EP’s firmament, however, is Perkins’ full bodied and deeply felt vocal strength.

Nowhere does it come through better than in the opener. “Fearless” is an outstanding choice for the opening cut because it makes such an enormous first impression. The unique orchestration of pop and neo-classical influences mix into a compelling whole that has no comparison elsewhere on the album. It develops slowly, but the pacing is ideal. The drumming is another important element in its success and does a great deal of the heavy lifting in establishing fantastic tension. The second track, “Paris”, needs heavier guitars to move out of the mid-level it occupies. There’s appealing attitude here and the stop-start arrangement gives it a great hook, but the vocal can’t carry it alone. The instrumental break provides the one truly explosive musical moment.

“Barracuda” sees Perkins covering a classic Heart rocker. She’s obviously listened many times to the original and provides listeners with a strong representation of Ann Wilson’s vocal, but there’s a certain wishy-washy air in the performance that leaves me unconvinced she really wants to be doing the song. Her band never lets her down however and their high velocity performance slaps a new coat of paint on an old vehicle. “Good Girl” is a much more convincing vehicle that Perkins tears into with the same authority heard on “Paris”, but this is a far better song. The guitars have a stronger presence and we aren’t required, as listeners, to rely on her voice alone to put the song over.

This is a strong opening for Perkins’ second shot at music stardom and gives new and old fans alike many hints about her direction and future plans. It’s a lock that Perkins can sing nearly anything you’d give her, but her songwriting is strong enough that covers shouldn’t be any part of the equation – The Voice is in the past and attempting to echo that experience is a waste of time. Fearless, however, is far from a waste of time.