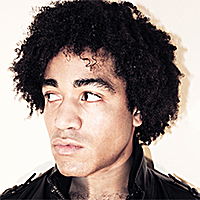 Marco Restrepo’s homespun blend of roots rock, Americana, and Soul is captured in his new CD/album “Lonely Hearts Club.” With just the right mix of sweetness and grit, the music is packed with the lowdown, roots soul that will make you groove and smile. Straight away I discovered Restrepo to have a powerful yet spacey-conservative sound. I really like the way things kick off immediately with Track 1 “Saw You Standing” and “Heartbeat”. It delivers peaceful popish vibe and an uplifting soul and spirit. Bring in some compelling vocals, a powerful writing style with some superfluous Guitar based fretwork you begin to feel right at home with Restrepo singing and playing in the background.

Restrepo is a good singer/songwriter as he displays strong melodic touches that really bring this collection of songs home. I hate to pigeonhole but right away I can hear artists like Lemar, Anthony Hamilton, Robin Thicke, Maxwell and Musiq. Track 3 “Me to You” and my top pick: ”Lonely Girl” show you even more songwriting depth. I’ve heard it said songwriting reveals the depths of the soul – if this is true Restrepo can go pretty wide both ways. Despite this Restrepo stays within the fairway of Pop marketability but definitely pushes boundaries within that space – especially vocally. This guy could sing virtually any style of music in the hands of a capable producer. I’ve never heard a vocalist get into the groove as much as with Restrepo. I get the impression he’s having fun behind the mic and really flowing with the music. These are compliments by the way. The musicianship follows down the same path offering up much in the way of a 4 piece pop-rock band – mostly played by Restrepo himself. All songs are built on delightful harmonic notes that are plucked from the heavens. As this passionate good timin’, non-provocative narrative unfolds I was blown away by what Restrepo has to offer. Telling ordinary tales of extraordinary things really. Sounds so Cliché doesn’t it? Marco Restrepo really does connect us to the universal power and love, loss, truth with genuine conviction. It’s been said truthful music will set you free. From beginning to end this CD keeps the same feel good mood while maintaining a powerful “truth be told” storyline that is American Pop Rock with a side of Beatles hence the title of the album.

As for Restrepo’s voice he delivers semi-emotional yet invigorating performance that will remind you of a modern day Prince. His overall musicianship – let’s just say his best days are yet to come. He’s a decent guitarist and vocalist however he sounds a bit inexperienced behind the drum kit and behind a bass. Sound quality – not the greatest sounding CD I’ve ever come across – sounds like a vintage basement recoding.

Despite the above – this is one CD that will bring back memories of a not so distant age where good folk-Pop-Rock stirred the airwaves and the as a result the souls and hearts of millions. This latest and greatest effort by Marco Restrepo entitled ”Lonely Hearts Club” possesses a more simplistic feel but is brilliant nonetheless. All the while inspiring people with amazing musical energy to get people singing, dancing, and loving each other again. Isn’t that what music is all about?

Previous YELAWOLF LIVE AT WOOLYS – DES MOINES, IA
Next SmoothBlackdaFantom For the Internet