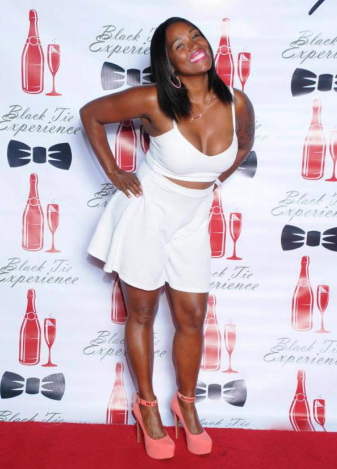 Ke’Shay Love is an Oakland girl who just plain ol’ loves to sing. Bigger than her love for singing is her love of performing and a full blown entertainer she is. Her foundation, like many of the greats, is rooted in the church. The Ke’Shay Love sound is a combination of the soul of R&B with the energy of Pop. For her it’s less about the song and more about the show and just one taste of her showmanship affirms her title as an entertainer. She credits her networking with the success of her career, affording her opportunities like opening up for John B and Dwele. She puts together her own showcases, inviting other local talent to come out, creating the opportunity to give back the support she’s received. Speaking of support, Ke’Shay Love just received the TRS Radio Top Ten Indie Artist Countdown Award for her new single “Breathless” which is available on I Tunes and Google Play.
Her new EP Ke’Shay Love Stories is set to be released at the end of the year. It’s entitled Love Stories because it’s literally a culmination of her life experiences.http://www.keshaylove.com/

Stephen Vicino is the founder of MusicExistence.com. He created this site to give talented musicians a voice and a way to be discovered.
@@svicino
Previous Dates Announced For The Civil Unrest Tour 2015 Featuring Ill Nino
Next Tori Kelly @ the House of Blues, Anaheim CA 5/26/15