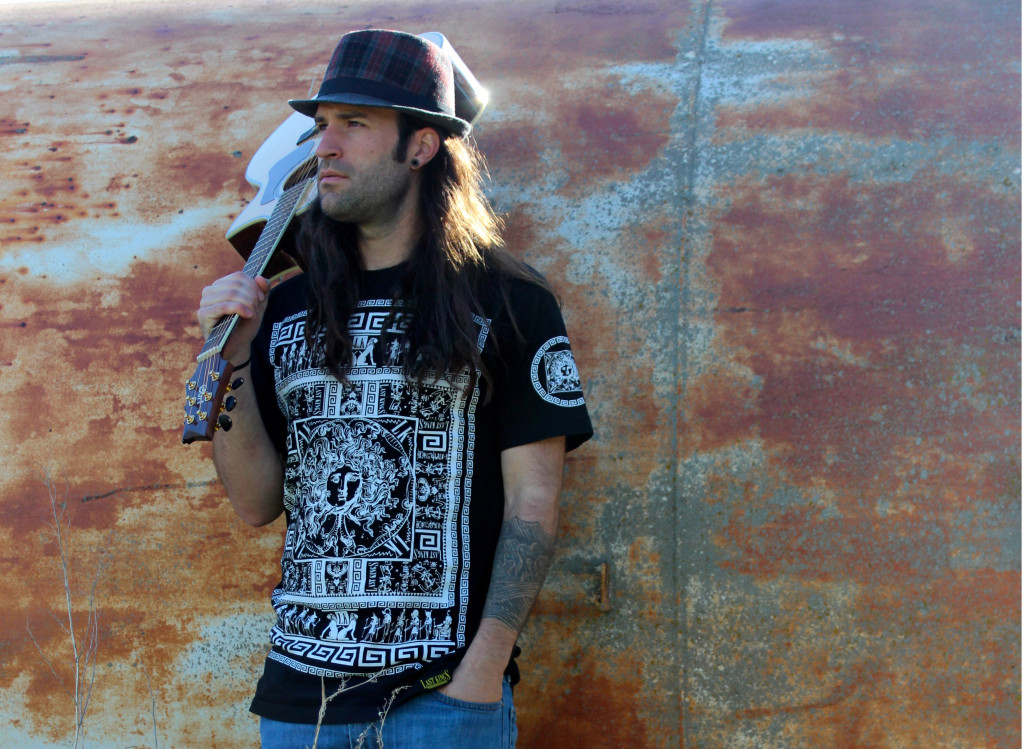 I’ve never met Dustin Prinz, but after watching the second music video from Dustin Prinz’s just released EP Feeling It, I’m convinced he’s what John Mayor would be if we could all agree that John Mayer is a sweetheart.

Like the video for the EP’s first single, “Mr. Twiddle Thumbs”, the video for the just released track “Feeling It” is a stylized lyric video created by Dustin himself. Dustin has accumulated quite the discography since 2011, but what I love about Dustin’s latest release is the accompanying video series we’re getting. So far each music video is a straight-on, aerial shot of one of Dustin’s sketchbooks. The back and forth page flipping, cross-outs, and overall disorderliness leave us with the impression that we are witnessing Dustin’s inner thoughts spill across the pages.

The aerial shot of the sketchbook certainly leaves us, the viewers, with the sense that we are peering into Dustin’s thoughts. This adds a thicker layer of vulnerability to the track. “Feeling It” is a song about a guy jumping in to dance with a woman despite the voice in the back of his head saying “Hey kid, you’re embarrassing yourself”. That sounds like a simple plot, but hey, life doesn’t always have to be that complicated.

Personally, “Feeling It” takes me back to high school dances as a senior. You know, the year when you get ballsy enough to ask that crush to dance. Basically guys, high school never ends, and Dustin shows us that’s A-OK.

Feeling It is available for purchase exclusively on www.dustinprinz.com.

Stephen Vicino is the founder of MusicExistence.com. He created this site to give talented musicians a voice and a way to be discovered.
@@svicino
Previous Playmaker
Next Trance Legend Juno Reactor Drops Third Single Off of Upcoming The Golden Sun… Remixed, “Tempest (Zeologic Remix)”!