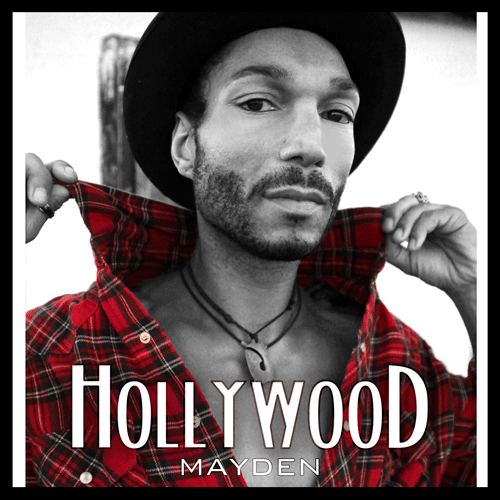 MAYDEN HOLLYWOOD is a British born American Producer; Rapper: Singer song Writer a former A&R from 1994 to 1997 for balance productions. a New York city based production company headed by Bob Waxmann and the late Donald Dee Bowden . in the early 2000’s Mayden produced Underground RapStarr A.D. Vol1 , a rap compilation album feat , Kurupt , Young Zee Pace Won And The Outsidaz, The Album includes skits by non-other than Hollywood Actress Michelle Rodriquez , and includes guest appearances by German Rap stars Megaloh And Kool Savas from 2011 Mayden has been working with multi-platinum super producer Skip Saylor who has produced (Nine Inch Nails, Snoop Dog , Foo Fighters ) “I love writing songs that have real meaning!” he says music should teach and touch the people, lift their spirits and give them energy Hip Rock is that Music.

You can tell by listening to good music by the impression it makes on the world and by the footprint it leaves behind. Sometimes it can come out in a passionate vocal line, a social movement, or a song that is sung with emotional bewilderment. This latest single “Hollywood” from Mayden Hollywood is a non-stop homage to “real” good Rock-Pop music as described above. Making use of every emotion in the book, it’s hard not to find something you’ll like about Hollywood via this movement.

The first opening moments pf “Hollywood” really get the party started right full of hard hitting guitar driven vibe that really keep the essence of the music loud, reckless and fun. As the song progresses it doesn’t take long to see what Hollywood is all about though his writing/singing style. Sometimes you don`t need too much to create something over the top to make an impact. I’ve often heard the term “Keep it Simple Stupid”. Keeping this in mind there’s no over the top musical theatrics. In this aspect Hollywood pulls it off flawlessly and puts the emphasis on where it belongs – musically. What you see is what you get with Hollywood and it’s a big win! My ears pricked up to his vocal style right away. Probably not the most common tongue and cheek singing style but when sung in the right manner, becoming almost hypnotic in places. It defiantly flows like a ship lost at sea. I’ve only heard a handful of singer execute this style well – and Hollywood is no exception. Add in lyrics that tug at your heart strings and some powerful “sad but true” subject matter expressed with eloquently, emotion and conviction and you will come to fall in love with this piece. In the process Hollywood is not trying to deliver an over the top musical statement, and he’s not trying too hard to win you over. Hollywood is a master at “no clamming up”: when he steps up to the microphone. Vocally I’ve never heard a singer keep it so real from behind a microphone before – very relaxed and a “loose as a screw” persona. As the Chorus hit’s solid stride it brings back memories of the guitar pop-rock days of the 90’s. I could defiantly hear Shawn Mullins, Pete Droge, Edwin McCain and Anthony J. Resta sing this song. Other comparable bands and artists are as follows: Ben Fold Five, Rob Thomas, The Fray, Five for Fighting. This single is a great start, defining Hollywood himself, not relying on studio techniques you hear today to make the music more appealing than it actually is. “Hollywood” continues with the somewhat apocalyptic flow, a perfect blend of hard-pop and alt rock in the manner of popular college radio bands of the past.

Despite its strengths I wish Hollywood took more vocal risks throughout the piece (falsetto, Vibrato, Power) especially during the end finale. I also wish the song had more of an Urban Dance swagger to it without compromising its rock based foundation. Some of this has an impact on the singles overall marketability.

Most of all the song has a lot of depth to it touching on themes of love, honesty, transformation, resurrection, life and fear of the unknown. The mix presents low and moody frequencies adding a huge helping of guitar/snare/kick/and vocals in the forefront. The thing that makes an artist like Hollywood, as opposed to 90’s rock revivalists, is they he is not aiming for a specific sound. Hollywood to me sounds authentic combining many different musical styles into one. Other artists that slide across my desk deliver a somewhat calculated a sound for fame purposes, and failed, this band will prevail as true up-and-comers in the world of modern rock music. Overall, this an impressive debut movement from Mayden Hollywood, a surging artist working his way up the latter of success as this Summer unwinds. I have no doubt we’ll be hearing from him again. Like I said, a good song is a good song. Not many have the skill to compose one, let alone make a real connection in the process of performing it. 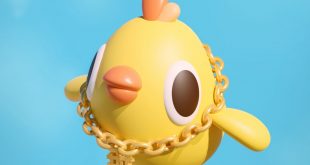 Single Review: Papi Shiitake “Do What You Say”