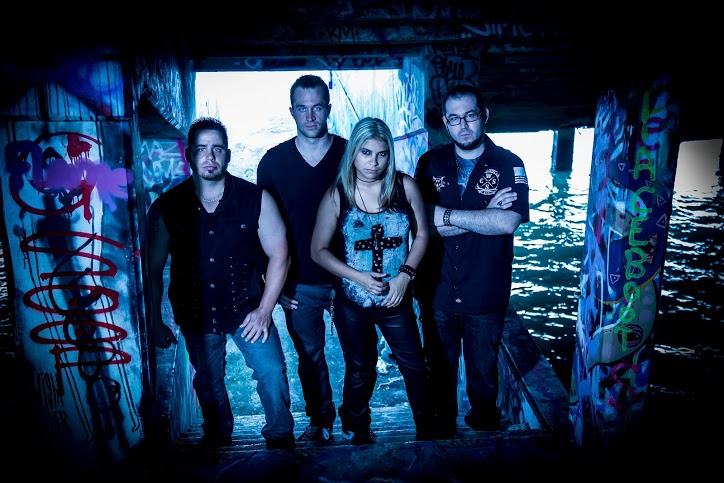 Ft. Lauderdale, female-fronted hard rock band Oblivious Signal has become one of Florida’s hottest rock bands and on June 2nd, they will release Exordium via Pavement Entertainment. To kick off the release they will be embarking on a tour with Flaw and Seasons After (dates below).

Oblivious Signal has become well known for their dynamic presence in and outside of the music scene. Fueled by lead vocalist Cristina T. Feliciano’s powerful and unique voice, the band has been turning heads across the globe. Cristina is an accomplished touring musician and a professionally trained vocalist with a Puerto Rican heritage that gives her the ability to also perform in Spanish. Rounded out by the talented Nick Orisino (guitars), Greg Andrews (bass), and Jason Tally (drums), Oblivious Signal has all aspects of their sound well crafted and ready to capture the hearts of music lovers worldwide. The band has set themselves up to become the next generation of Rock/Metal music as we know it.