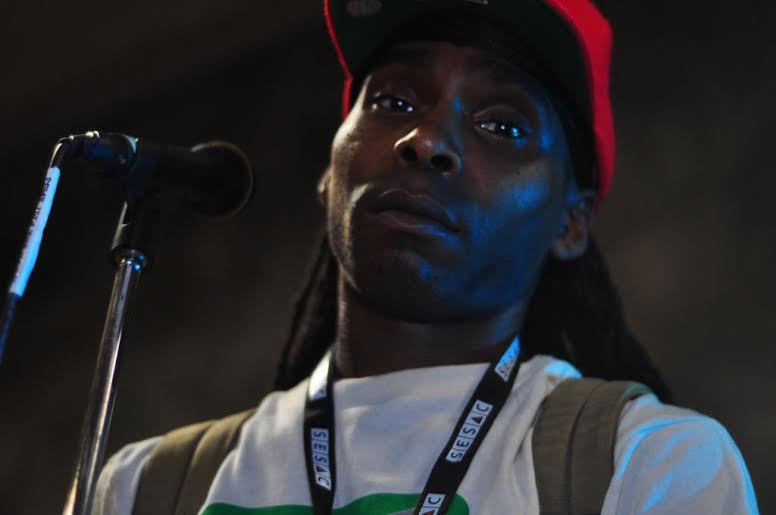 Dongala seems to be moving up the charts and his soundcloud plays proves it. This artist from Charlotte is repping his city to the fullest. We were behind the scenes when an interview aired between him and artistnetworkfm.com. He stated that he is really excited with working with Cyphercharts and feels his music can reach a large demographic. We caught up to Dongala and asked him to list his top 5 artist of all time! This is his list:

Now from this list we can gather that he is an artist that is highly into the ol school hip hop. His music proves it. He is very lyrical and always seems to send a message through his music. Coming out North Carolina we hope he is ready to put the whole state on his back. There is a lack of artist in that area but Dongala seems to have it under control. Make sure to listen to his latest single and watch his video to “stay on mine”

From being born from the vibrant atmosphere, picturesque medieval streets, lively squares, beautiful boulevards of Belgium, Brussels to being raised in North Carolina’s largest metropolitan area, U. S. second largest banking center, Charlotte, North Carolina.  The first born of four from Democratic Republic of Congo’s (Formally Zaire) political refugee parents, DONGALA has become a talented underground musical artist destine to shine.  Always a lover of music as a child listening to the radio, imitating artist in their music videos, and a heavy viewer of movies like Krush Groove, Beat Street, Breakin’, etc. It wasn’t until his teenage years DONGALA saw and heard for the first time Raekwon’s featuring Ghostface Killah “Can It Be So Simple” video which sparked something inside the young boy to become not just an observer of music, but to become an artist and performer.

Already someone who had a poetic touch from writing poems here and there, he then started working on his art of poetry in motion by putting his poems to music.  Now hanging out more with a group of friends who had the same musical drive, he started going to different music studios recording music.  Also having the chance to open up for artist like Nelly, Mr. Cheeks, Ludacris, Dem Franchise Boyz, and Trillville.  Going through ups and downs of recording music, and trying to make it, he then picked up a passion of learning the business behind the music.  He went to college for Business and Communication, and picked up an internship in the promotion department at a local radio station.  When his internship was done he got the opportunity to become a manager assistant for a local artist who was sign to Asylum Records.  After a year the artist got dropped from the label due to personal reasons.  DONGALA felt like it was time for him to get back more to his music with the new knowledge that he picked up from his internship and his work he did as a manager assistant.

He started the independent label Masterful Music Group, became his own artist, and dropped his first mixtape BETTER IZ DA ENEMY OF GOOD V.1.  He got a great response from the mixtape with his lyrical up top down south style around the Charlotte area that he got the attention of Kevan Glover who ran the independent label in the area, No Question Music Group.  He agreed to partner up with the label, and along with his Masterful Music imprint they dropped MIND OVER MATTER: Better Iz Da Enemy Of Good V.2 in Spring 2011 which got DONGALA two nominations at the Queen City Awards in Charlotte. The Queen City Awards is an award show for the entertainment in the Charlotte Area. Next up for Masterful Music & No Question Music is THE EXCELLENCE: Better Iz Da Enemy Of Good V.3 DONGALA’s. You can download DONGALA’s mixtapes, get news, show dates, and updates at www.dongalamusic.com

Stephen Vicino is the founder of MusicExistence.com. He created this site to give talented musicians a voice and a way to be discovered.
@@svicino
Previous SJ Tucker-Little Bird
Next Green by Filthcat