Well if you showed up to The High Watt last Thursday night expecting to see the same ole Joe Pug of five or six years ago, you were probably disappointed. Not that the new inversion isn’t good, in a lot of ways it is a lot more fun than the old days, but the Dylanesque guy, guitar, harmonica, and raspy voice singing his heart out is evolving. The influence of Bob Dylan and Steve Earle on Pug’s storytelling is still apparent but not as easily heard now. Pug has matured into a more poppy, rocky, jokey feel-gooder; however, this could just be due to the release of the new album Windfall last month and his impending marriage this summer.

He catered this show to his long time following here in Nashville playing a lot of his old songs in a more rock than folk-style as in the past, and they seemed to enjoy every minute of it, singing along and joking back and forth with him about his clothing options after he pointed out his own faux-pas of wearing the same shirt he is pictured in on his new album cover.

The highlight of the night was a performance of one of the best songs off the new album, “If Still It Can’t Be Found.” Pug displays his writing talent and the influence of one of his heroes, John Hiatt, with sage advice in the flowing lines, “If still it can’t be found, it’s probably for the best.”

Pug expressed how good if feels to be back on the road with a new album after taking a break, and admits that playing the old songs is still just as rewarding as playing the new. It is clear that he and his band members have a lot of fun and a great relationship, which makes watching the banter on stage that much more entertaining.

Other highlights were Pug and the band having a little fun with a jazzy version of “Words Are Just Words,” his promise that this is the last album with the theme “You and everyone you know is going to die,” the long reoccurring banter with his fans about looking into Affliction shirts for himself and Big Dog shirts for Jason Aldean, and his assessment of Nashville, where the “Chicken is a little too hot and the people a little too christian.” Pug was upbeat, funny, and just obviously having a great time.

As the opener Field Report, aka Chris Porterfield, stated, Joe Pug fans are “A plus humans, just kick ass people,” and they generally seemed to have a good time and enjoy the show by the number of them flocking to the merchandise table to make purchases, snap pictures, and visit with Joe as if they were long lost friends. But I for one am a little saddened by the loss of the old Joe Pug, the one that tugged on your heartstrings with his melancholy angst and left you feeling oddly empty and full of love at the same time. 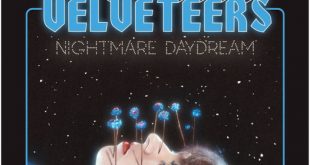