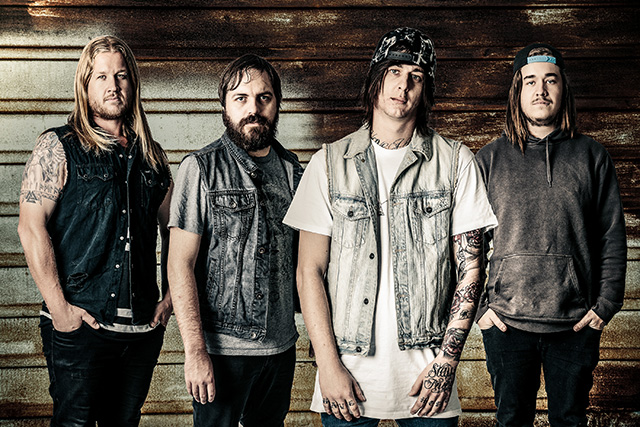 Fresh off their latest album “The Darkest Road”, A BREACH OF SILENCE have premiered their uplifting new music video for the band’s latest single “Vultures”. The video tells the story of a homeless man who returns a lost wallet to a young, well-dressed businessman – and saves his life in the process. The song is taken from their highly-praised sophomore album The Darkest Road which was released on October 7, and named “One of the Top 25 albums of 2014” by Hysteria Magazine,debuted at #1 on the iTunes Metal Chart (Australia), and at #20 on Australia’s Purely Independent Chart. The video may be watched at the Eclipse Records YouTube channel.

Check out the video below and let us know what you think!

“Vultures is a song about the struggles in life, and fighting through them”, states lead vocalist Rhys Flannery. “Whenever you feel like you are alone, regardless of how great the pressure, there’s always someone out there that’s willing to help. As hard as it may be, you’ve just got to search for them… there’s always a light at the end of the tunnel.”  Guitarist Mat Cosgrove continues, “We talked about one of us having a real bad day, and someone worse off had helped us out of this situation and it really put things into perspective… So we came up with the story line of a homeless person who could easily take the wallet out of necessity to survive, instead goes out of his way to find the owner, and then saves his life.”

The band enlisted Col Cadell to direct, who had also done their previous music video for the title track, The Darkest Road. “Something I wanted to do with Vultures, was take the band in a much darker direction artistically, using color palette’s that evoke a cold intimacy while still painting a realistic world. Our shoot location was Fortitude Valley located in Brisbane, Australia. We used low shot angles, with the sky as a background to evoke a feeling of openness, and used high angle shots at the end when the homeless man rescues the businessman” states Col.

The Darkest Road is available for download from iTunes, and GooglePlay, while CDs are available via Eclipse Records, BestBuy, Fye, and Amazon.  The full album is also streaming via YouTube, Spotify, Pandora, and Rdio.For more information on A BREACH OF SILENCE, please visit these websites:
Facebook – Twitter – Eclipse Records