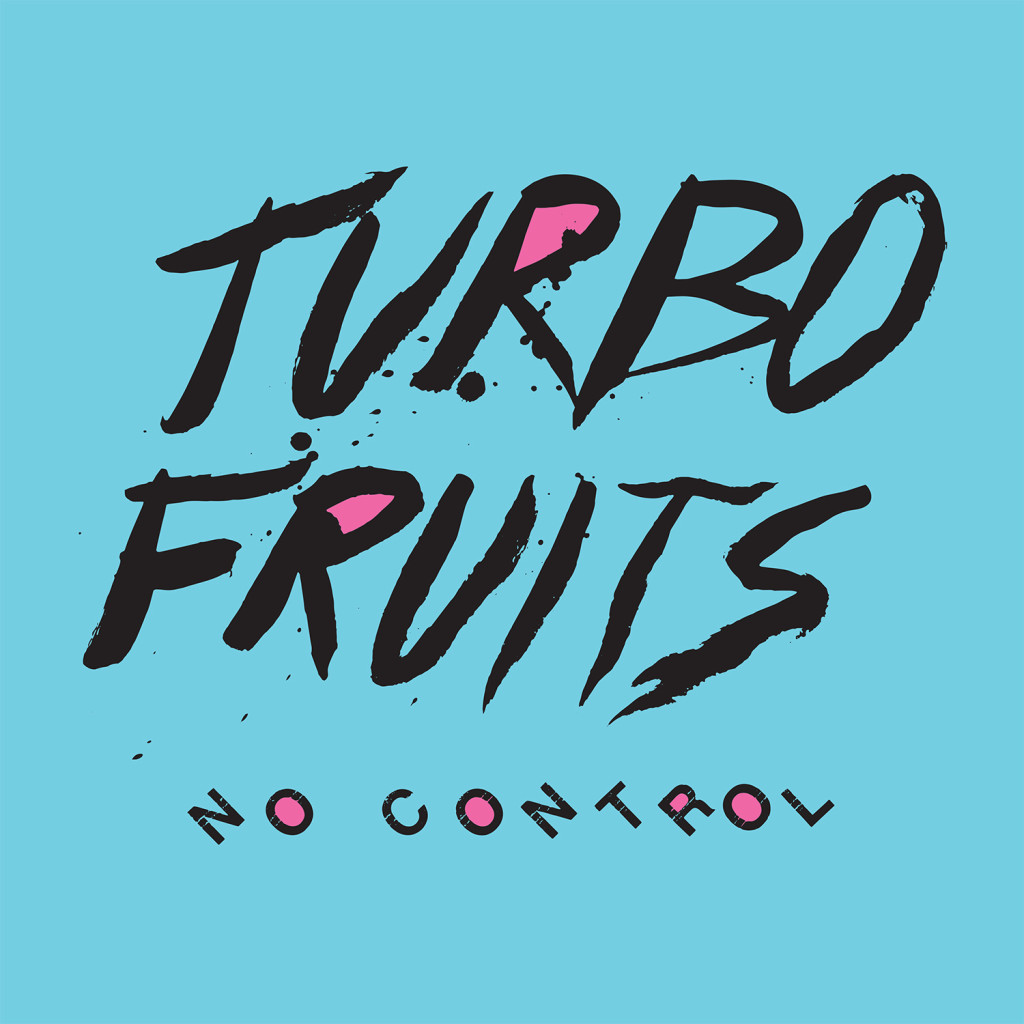 Turbo Fruits have made their name with notoriously wild live shows and frenetic rock songs about girls, drugs and frying their brains. On No Control, their fourth and most self-aware album, the band emerges from their teenage haze of pot smoke with a fresh perspective, directly addressing the uncertainties and fear of serious relationships, real life and the chaos that can be created by life on the road …

After the release of 2012’s Butter via Serpents & Snakes Records, Turbo Fruits balked at the label’s suggestion to write with professional Nashville songwriters, deciding instead to self-finance the new album themselves. When money for the project ran dry, guardian angel Patrick Carney (The Black Keys) stepped in to produce and record the final two tracks, “The Way I Want You and “No Reason To Stay.”

Chronicling a fraught relationship through the partying, the cheating, the jealousy, the hangovers and recriminations and loneliness of the road, No Control takes the band’s narcotic sense of melody and ragged percussiveness and adds the strongest hooks yet of a critically acclaimed career; post-modern love in a world torn asunder, the emotions run deep and the truth is served cold.   No Control harvests damaged love, the pain of evolving and growing up, running from problems and hitting the bottle as a solution.