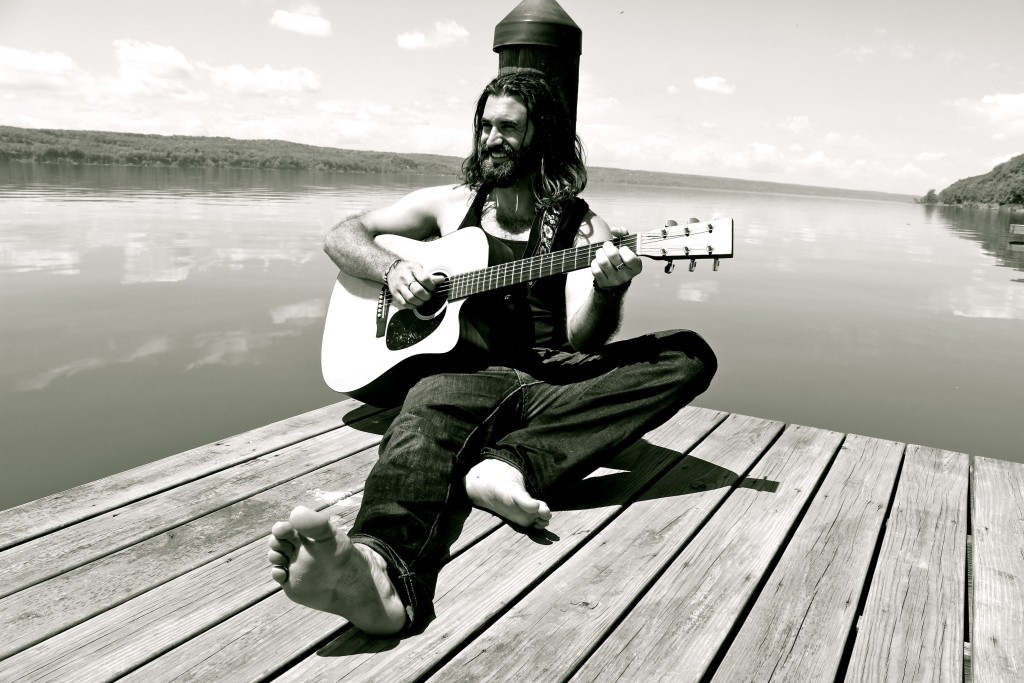 Road Man has a really cool vibe about his debut solo project. You are automatically nodding your head and tapping your toes from the first beat. “Light at the Speed of Life” is the perfect combination of reggae, funk, blues, and rock. You will want to listen to this album from beginning to end. The man behind Road Man, Jon Petronzio, is a former child prodigy who was able to turn his musical talents into a career, which led him to the seven year journey of creating the solo Road Man project.
“The Meeting” is one of my favorite tracks on the album. There is a lot of passion in this song, which is refreshing in today’s music scene. You can tell that the artist really believes in what he is singing about. The track starts off with the sounds of crickets in the wilderness and opens with the first lines of “Head down to the meeting, where the people come to pray. They come to ask for forgiveness and cast their doubt and their fears away.” From the very beginning you know what the song is about and you are right there with him for the rest of the song.

Stephen Vicino is the founder of MusicExistence.com. He created this site to give talented musicians a voice and a way to be discovered.
@@svicino
Previous Young Dougie Presents New Single “Nobody” Featuring Jadakiss
Next Pirate Pimpin’ – Kaptain Krook