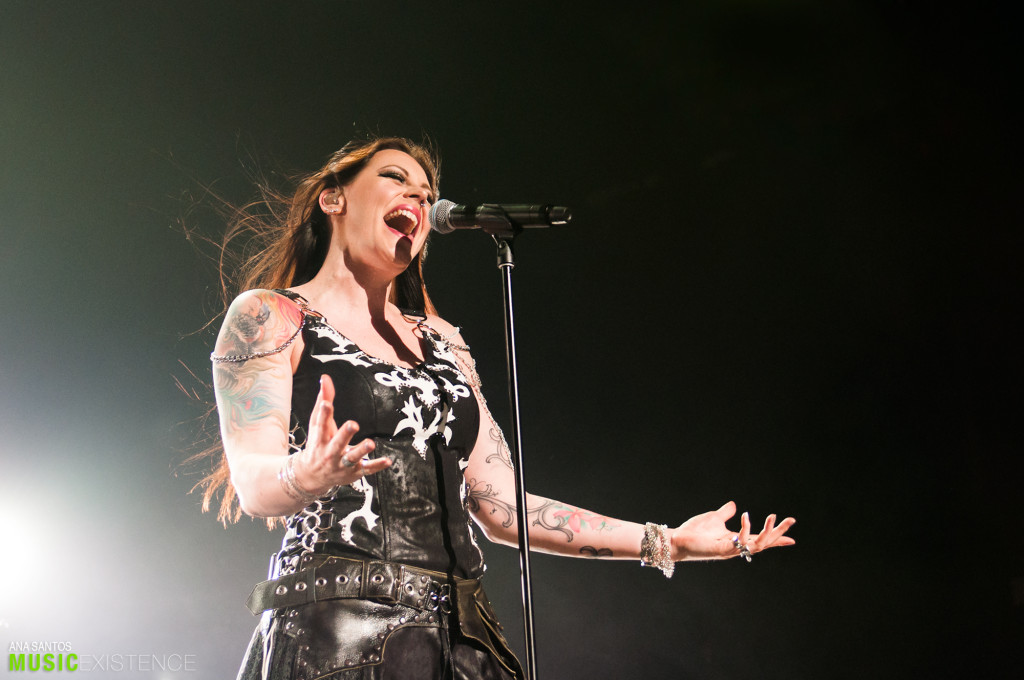 There was a palpable buzz of excitement in the air in the minutes leading up to Nightwish’s performance. It’s understandable – New York City metal fans haven’t seen the band since September 2012, at a time when ex-vocalist Anette Olzon was still with the group.  In that time, Nightwish has seen lineup changes, become a sextet for the first time since the band’s inception in 1996, and just recently put out a highly anticipated album Endless Forms Most Beautiful.

While lineup changes aren’t always successful with fans and critics, the Finnish symphonic metal group were at the top of their game from the moment they hit the dimly lit stage. Vocalist Floor Jansen’s presence is undeniable, so is her ability to capture her audience and hold it flawlessly throughout the length of the two-hour set.

As the kick-off night of the tour, NYC fans were privy to a ton of live premieres – “Shudder Before The Beautiful,” “Yours Is an Empty Hope,” “Endless Forms Most Beautiful,” “My Walden,” “Élan,” and “Weak Fantasy.” But the biggest treat, in my opinion, was having the chance to hear “Stargazers” and a beautifully haunting performance of “Sleeping Sun”. Neither track had been performed live since 2004 and 2009 respectfully, and Jansen by no means tried to replicate the songs’ original vocal dynamics. She showcased her prowess by giving her own twist to older hits like “Nemo” and “I Want My Tears Back”.

Between Jansen’s outstanding performance, a solo acoustic performance of “The Islander” by bassist Marco Hietala, and the presence of Troy Donockley on uilleann pipes, Nightwish delighted us with one hell of a show.

With North American dates spanning well into May, be sure to check them out!