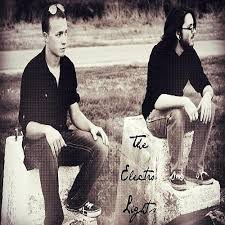 With rock music involving into something in order to survive in an industry that seems to not have a place for it, it wouldn´t be a surprise if any kid of this new generation isn´t aware that the genre finds its roots in the Blues. Though some great bands and artists like Rival Sons and Jack White make what will be fair to call ¨real rock n roll¨, it´s great to see more are joining the group and this time we have an exciting The Electro Lights.

A band that isn´t afraid of diving in different waters of the such an eclectic genre as it is Rock music, in the first song off their new album we can hear some great influences of the old Garage rock scene with a modern twist reminiscent of great acts like Royal Blood or even The Black Keys, where loud guitar riffs, wild drum lines and gritty vocals come together to create a song that will surely knock you out in the floor. In a catchy note, the second track follows the same spirit as the predecessor but this one is more, should we say, ¨danceable¨ – it reminds me a lot to Jet though it has some old punk and even rock n roll hints as well. As you listen through, the next tracks will finish planting the seed in your heart and there´s a big chance you will end up loving the band.

However, sadly this band doesn´t bring anything new to the table. Though I don´t think that was their intention to begin with, but with so many two piece rock bands trying to make it in the scene, there´s a big chance at least they don´t find the way to stand out, they might end up being overshadowed by the others.

Overall, I need to give some kudos for trying the best as the band really makes a great job of making gritty rock music and I personally think is incredible that two people can make the work of five people and not only that, but make it seem so easy. Like I started on the paragraph below, my best advice for the band would be to work more on their sounds, see what the others haven´t done and do it, it´s a tough industry and society where people get bored of the same thing so quickly. As for those reading this review, if you enjoy the bands I have listed through the review and you like that kind of music, then go ahead and check them out.

Previous Mitchell Coleman Jr.
Next Naitch – On The Real