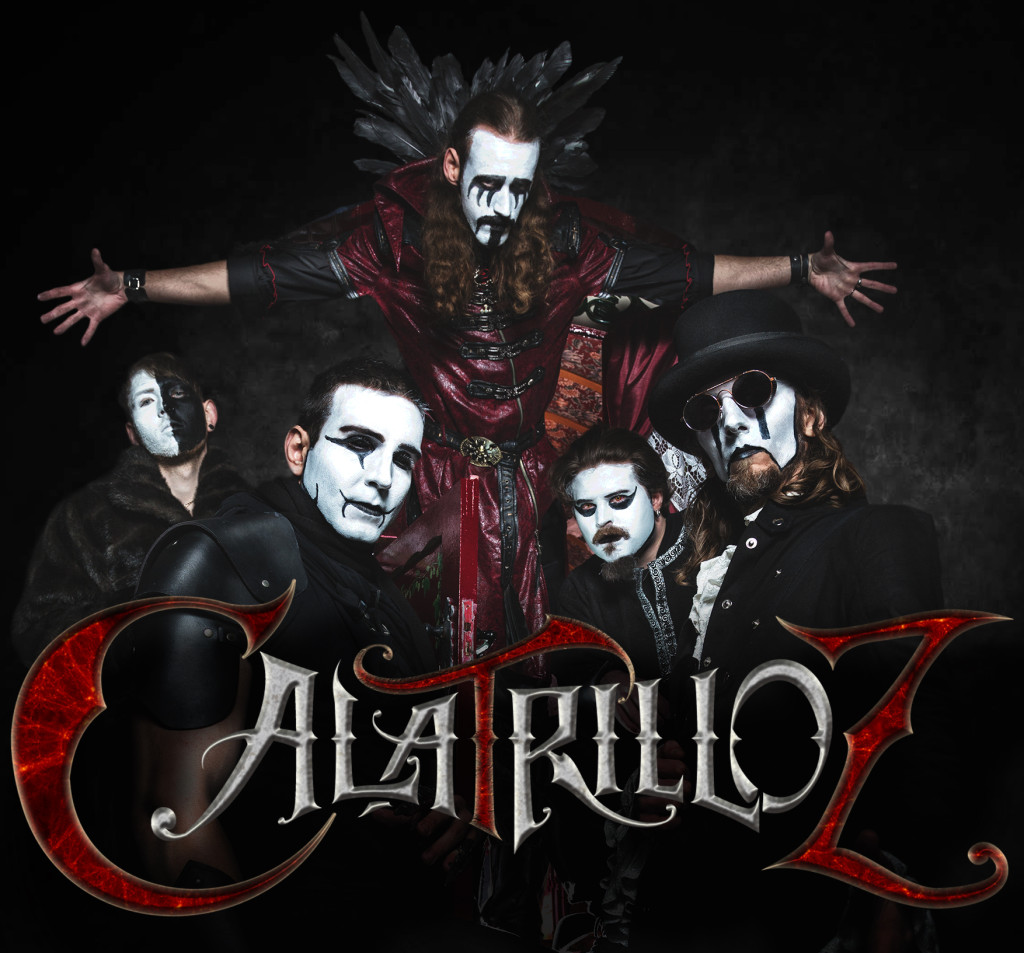 CalatrilloZ is a symphonic rock and metal band that formed in 2009 in London. Their experience has now led the quintet to release their debut album Psalms of Zahyin and the album is an enjoyable experience that is sure to be quite the spectacle in a live setting. The band just tested out the new material in a series of shows throughout the UK and they seem itching to get back out on the road and promote their new album.

Psalms of Zahyin draws from influences such as Queen, System of a Down, Avenge Sevenfold, AFI and many others. The opening track “Origins” is the table setter with shredding riffs and the howling scowl of lead vocalist Zahyin. It is the closing track, however, that absolutely makes the album. “Z The Psychopath” is an energetic burst of metal that brings the entire release full circle. It is easy to get lost in this short yet haunting operatic piece and CalatrilloZ definitely have a unique blend of talent working in their favor.

The band themselves have very detailed costumes, make-up and individual back-stories on how they came into existence. The new album is set for release this summer and it will surely be one that fans of the metal genre will appeal to.

Tags CalatrilloZ Metal Queen System of a Down