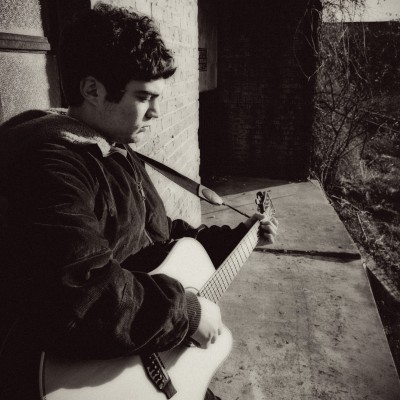 Jordan Okrend is an American/Pop, New York based singer-songwriter. Okrend’s latest release World Keeps Turnin” is an original blender of sound mixing artists like, Timmy Curran, Mason Jennings, Matt White and David Gray, with just a dash of Gavin DeGraw. What comes to mind when you hear Jordan Okrend is grooving sounds, infectious beats, gritty soulful bluesy vocals, smooth falsettos and great harmonies. With a universal appeal that touches both young and old alike, the lyrics are thoughtful, inspiring, longing and often provocative.  You may hear influences of artists such as Ed Sheerin, Ben Harper, Lenny Kravitz and Marvin Gaye, but it is all Jordan Okrend. On this CD expect a heart plucking pop/rock staple that fuses folk and contemporary songwriting with soulful melodies and subject matter.  All songs touch on all styles, fusing many amazing genres with each song. I can even hear elements of Jazz, Blues rock. This latest 6 track offering is a bluesy/pop-rock 11 track album that gleefully dances up and down the spectrum of all of the aforementioned styles.

The CD Opens with the finger snapping title track and pulls out all the stops until the final title track 5 (acoustic version). I really like how the title track wraps up the album t the end – nice touch! Parallels in Okrend’s impressive sound can be drawn between modern songwriters in the vein of Matt Kearney, Damien Rice and James Morrison. His songs are often reflective and thought provoking, yet maintain a free spirited and light hearted tone. Okrend has soul and his songwriting often explores the complexity of love and compromise from a unique, but relatable perspective. The album as a whole pretty much hits on all cylinders and covers a lot of ground emotionally. There are signs that delivery the raw yet soulful swagger like (Never Alone With You) and there’s good refined Pop (Keep Coming To You), (Go my Way). The music is not all over the place and stays within the fairway of Pop all around. Vocal delivery from Okrend presents the perfect musical backdrop for just sitting back and jamming out or playing in the car for a long drive. This is Gold Standard songwriting any way you slice it. While each track is similar within their own right, all pieces on World Keeps Turnin’ delivers unique, emotionally charged musical experiences that will satisfy any aficionado. Of particular note are the smooth, soothing vocals provided by Okrend and his band and behind the scenes production folks. I can defiantly hear the Kravitz influence. As an entertainer Okrend delivers sold performances within his own right, all the while retaining a masculine/feminine fullness that compliments the skillful array of sounds brought forward by the rest of the band. Did I mention he also plays guitar? Players on this album include: Guitar and Vocals- Jordan Okrend, Percussion- Wayne Redden, Bass- Liz Burns, Organ/Strings/Piano- Phil Okrend.

Top tracks: Too Much To Love, Keep Coming to You, Never Alone with You

To sum it up: I give “World Keeps Turnin’ by Jordan Okrend is clearly an enthusiastic five out of five stars and highly recommend this album to any fan of blues/pop/rock/Americana and soul. Mostly it’s Soul-Pop. So grab yourself a copy and kick up your heels to some solid songwriting! It definitely sets the standard for this rather saturated genre, and should be a big hit gaining momentum this Summer.