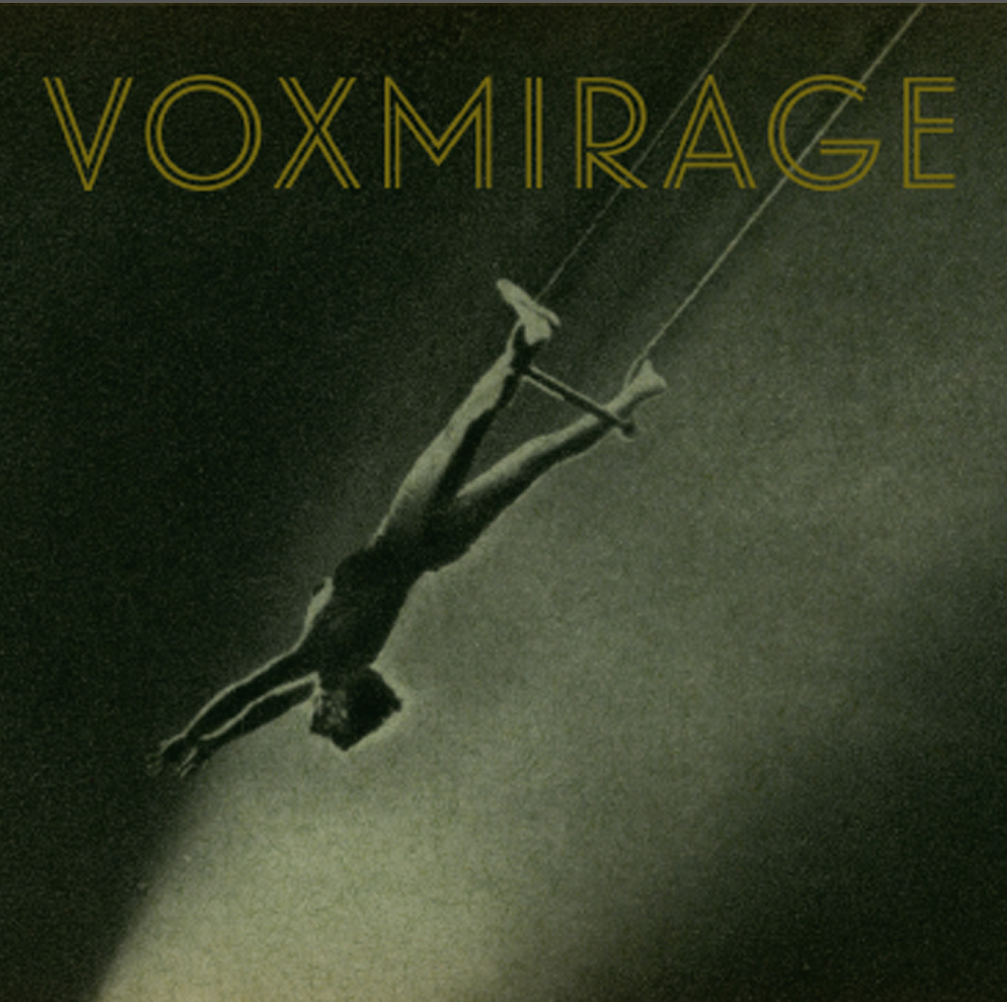 One of the most refreshing aspects of this debut from the songwriting partnership of Seattle-based Mike Streng and Aaron Nicholes is how they openly tout acts from much earlier generations as reference points without ever being beholden to their influence. Brushing any pedigrees aside is the fullness and individuality of this first album. Streng and Nicholes, with producer Ken Stringfellow, are attempting to carry the vision of predecessors like Depeche Mode and Tears For Fears into 21st century relevance and largely succeeding thanks to core songwriting strengths that cut through the bells, whistles, and ballyhoo. There’s evidence of ambition from the outset. Opening your debut album with an “Intro” track suggests you have larger designs and the music confirms this. A label used to describe this music, synth pop, is a paltry attempt at categorization, but it reaches in the right direction. This introduction to VoxMirage’s approach presents something closer to orchestral pop. The densely packed soundscapes dominating this album are meatier than anything their influences could regularly conjure and it hints at an unique songwriting synthesis between the concise discipline of popular song and something wider, focused on composition’s incremental effects.

“All I Want Is You” has a relentless rock and roll pulse, but VoxMirage peppers the changes with subtle but significant fills. Keyboards and production effects are other strengths; the former, in particular, shapes this song into a stylish modern twist on a long established formula. The light phasing added to the lead vocals and harmonies gives the track more color. “I Can’t Take Anymore Than This”, like its predecessor, takes a mid-tempo stride and the changes give it a lightly ascending quality that sweeps listeners in. The keyboards are, once again, an integral musical element and conjure a colorful melodic swirl that matches the song’s mood well. Mike Streng’s emotive vocals are another key component of the band’s appeal.

The keyboard-tinged acoustic shuffle of “Never Go Away” strongly recalls another of the band’s avowed influence, Lindsey Buckingham’s songwriting with Fleetwood Mac. This track is an ideal example of the aforementioned core values that set this album apart from other efforts in the genre. “Never Go Away” has a solid, compelling musical center – the circular acoustic guitar, spinning around the same accessible passage, and percussion give the writers a stable base to build on. Fundamentals 101.

“Just A Fool” is perhaps the album’s clearest nod to an influence. As Beatles pastiches go, VoxMirage convincingly nails down an echo of the Fab Four without overexerting into outright kitsch. The album’s most surprising turn comes with “On I Go With You”, a simmering minimalist blues that concludes with a rousing, fuzzed out coda. Streng’s vocal is, arguably, his best. He uses his voice with impressive emotional precision, never overplaying his hand, and delivers a definitive performance.

VoxMirage’s cover of Lindsey Buckingham’s solo hit “Go Insane” is faithful tribute to the legendary Fleetwood Mac songwriter. While Streng’s voice lacks Buckingham’s tense bite, he certainly does justice to the mood of the original. There isn’t anything particularly astonishing about this re-invention and it fits uneasily alongside much more modern sounding and often strongly independent originals, but it’s an enjoyable ride nonetheless. It is the clearest concession to entertainment and the marketplace on a debut that shows enough sureness of hand to follow their path. VoxMirage has made a statement here, many of the songs are quite exceptional, but this is greatness in progress rather than arrived.