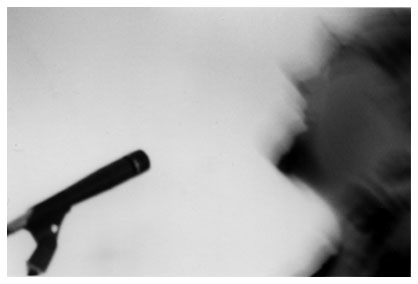 Underlined Passages’ core duo of Michael Nestor and Frank Corl (ex. Seldon Plan) are continuing a journey. They repre- sent a facet of Baltimore music that has had long, deep roots in the city’s rock scene: good, brainy indie rock (e.g., the Oranges Band) that never quite blew up like the electric neon or far avant garde of other city artists. Lead singer Nestor’s Plan proceeded to evolve in this relatively overlooked corner of Baltimore’s indie scene, maturing and fine-tuning their craft through 2011 (around when Corl joined on drums). Some- where along the way, instead of continuing in the straight indie rock tradition (a la Sunday’s Best/Nada Surf ), they drifted towards a more pop-infused sound.

Technically, their songs can seem deceptively sparse and simple. But that’s a bit of the point: Underlined Passages aren’t splashy, highlighter fare of the neon tights set. That was never their core sound, earlier or later in their artistic journey together. These are songs like opening a window, with a sensation not unlike taking in a long, deep lungful of fresh air. The chords wash over you and you’re swimming in their warmth. These are purposeful, tight arrangements. Though you may note a bit of world-weariness and distant nostalgia in Nestor’s vocals, you still feel that everything is right in its place. These are songs that swell and swirl in your head and heart, filling you with the same comfort and content that the artists felt when writing them.

Underlined Passages are in a confident place, finally comfort- able in their skin in both music and life. And you feel it from the first chord to the last fading note.

Stephen Vicino is the founder of MusicExistence.com. He created this site to give talented musicians a voice and a way to be discovered.
@@svicino
Previous “San Cisco “Gracetown
Next Prices Going Up