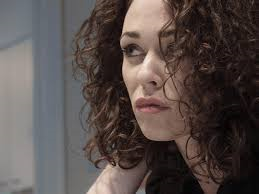 Blue Tofu, as I would put it, coupled with their music videos for ‘Hunger Tango’ and ‘Lorain’ are an experimental, futuristic group. Well fit to the indie music scene. They’re in a sense, an enigmatic new age band with futuristic appeal. It’s just something you’ll have to see and hear for yourself.

Blue Tofu have released two official music videos for their new album Our Room. The ‘Hunger Tango’ video is out of this world. It’s very cool stuff, Blue Tofu are a talented group. Tim Story himself is a composer of America, with a 1989 Grammy Award nomination behind his belt. After scurrying the internet for a few minutes and the band website, I couldn’t really find any facts about Andrea Mathews, her origin, or how the band met, which is a little disappointing as I would love to have known. If you’re reading this and you know the duo met, I urge you to make contact.

Blue Tofu is Andrea Mathews (vocals), with Tim Story behind the music, defining themselves as Ambient Pop, Electro. Being in those genres alone, and being in an era where the production behind mainstream music is becoming louder, tighter and more desirable, and the production behind indie music is becoming par to that, I don’t believe that I will be hearing Blue Tofu’s Our Room anywhere other than in the rooms of dedicated fans. Maybe I’ll hear them on a few internet radio stations, but I want to hear more of them, I want to hear them on Triple JJJ!

Don’t get me wrong, the musical ideas and art behind this album are great, it has been strung together nicely, musically they’re divine, and I can see the immense passion behind the album. The Absolute Sound magazine said that their first album Blue Tofu was an album that “never fails to bring down the house,” however in my opinion, I fail to see that top 40 nomination in their latest album Our Room.

This type of music has the power to move even the hardest at heart emotionally, I urge Blue Tofu to put forward a re-release of this album with improved production qualities. This will give them the pulling power they need, the pulling power to pull on the heart strings of new fan across the globe just waiting, just waiting to be yanked.