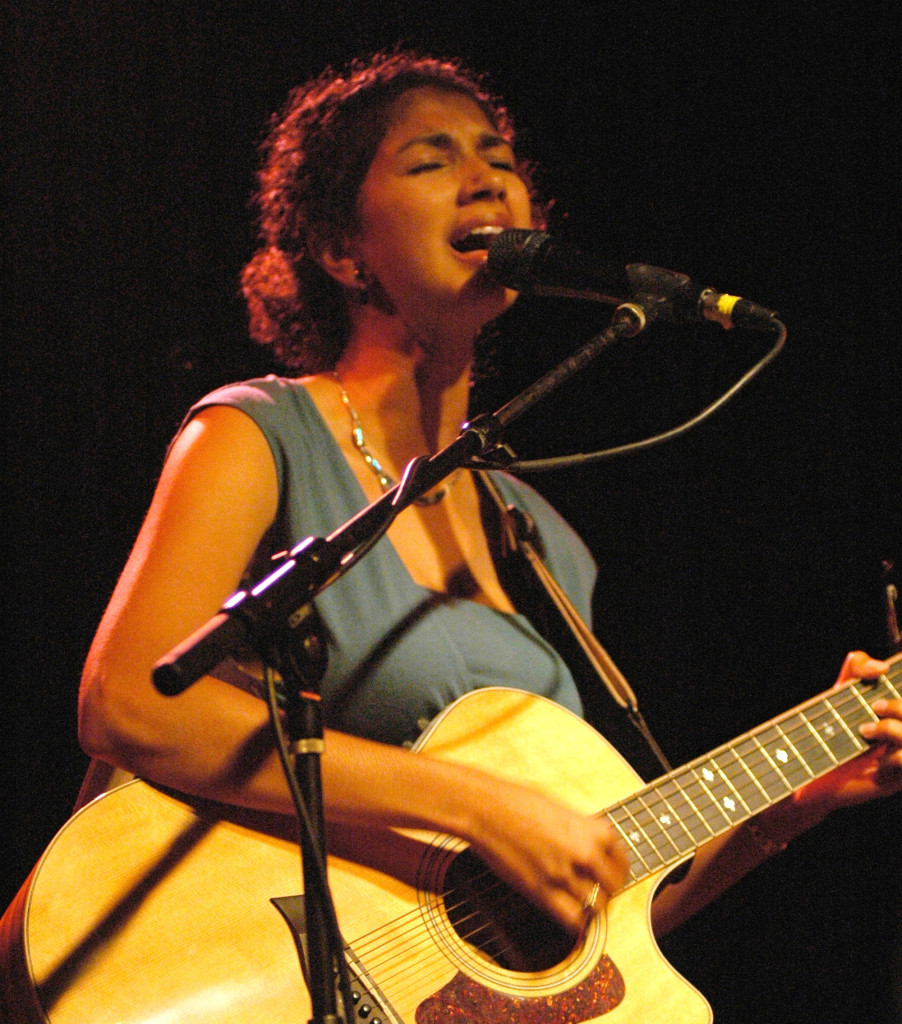 Anjali Ray was raised in New Delhi till the age of 10, draws on her extensive training in classical piano, Indian Hindustani classical vocal training, and occasional moonlighting as a jazz pianist to create emotional and haunting melodies. Learning piano through the British school of music since the age of 4, Anjali’s early musical foundation was later strengthened by the contrast of her Indian vocal training, enabling her to begin writing her own songs and communicating in a way words alone never can.

Her songs are sonically captivating, blending rhythms and music from east and west. Her lyrics mirror the challenges, struggles and joys we all face in our lifetime, and combine with her powerful, angelic voice to yield a soulful and honest product. “Indigo” is a modern work of art.

First of all I love Indian music, and although this isn’t hardcore Indian music it does keep a healthy amount of Indian inflections. The CD starts with one of the lesser inspiring tracks on So Long, but at the end of the day it is still well placed. It’s the next track, Indigo Boy, which must be heard to be believed. This isn’t some over-layered pop tune it’s a massive cultural ride. This track is a thing of major beauty indeed. It’s probably the overall best number on the disc, but between the others it is a hard call, as they’re all well written and played songs. I do detect a bit of Beatles in there but perhaps that is how those sounds influenced her, because she does have pop as well as jazz prowess. The next track, Immortalize Me, is also wildly interesting for a ballad, as they can tend to be limited that way, but once again the vocal delivery here is simply to die for. It’s really over at this point and it might as well play all day. There are no Indian influences on this one, but it’s just one of those moments where it doesn’t call for that taste. Track 4 is called Float, and it meshes sitar with modern social factors and even mentions Facebook. It’s not easy combining this organic sort of campfire sound with computer platforms, but it is 2015, not 1968 after all. Change is inevitable, and that is one vibe you get from this album. It seems to ring of departure that way. And this is another winning track that has a tropical feel to it, almost like a love ritual. This is about as good as it gets for female jazz style pop singers, because there simply aren’t enough around anymore. Just like with this artist, they’re not standing tall these days. This journey continues with the fantastic The First Day, which takes the cake for originality here. And not every song here is as completely original as this one it’s among three or four that swing this way. You have to love it as it carries on with the best adult contemporary artists to be found. These songs will calm you down, get you dancing or just plain thinking. It’s music that does all three. Listen no further than The Best Is Yet To Come for proof of what’s really going on here.