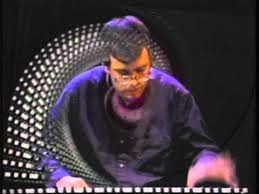 I remember the first time I fell in love with cinematic music – it was by Immediate Music and the song was ¨Catching The Fallen Sky¨ for the new version of Dorian Gray. Since, I need a big dose of Trailer and Epic before ending my day.

Classical Electronic Keyboardist Don Slepian is famous for performing original, improvised orchestral music that excites and inspires audiences. He has been featured in Rolling Stone and has been honored to play in lots of big venues both in the states and Europe.

I really enjoyed his music and the cinematic touch it has, songs like ¨Awakening¨ reminded me of that minimalistic and Award Winning soundtrack for The Social Network by Atticus Ross and Trent Reznor. Though I enjoy more loud and wild orchestral music, I must admit this sounds really cool.

This genre is gaining in popularity and plays an always important role in film.  I can imagine hearing one of Slepian’s pieces in a major motion picture.  He has a style and way of music that´s simple, yet captivating.

Overall, I think this is an artist with potential. Over time people tend to mature and if he keeps on the same track and continues improving his craft, he will certainly see success with his music career.