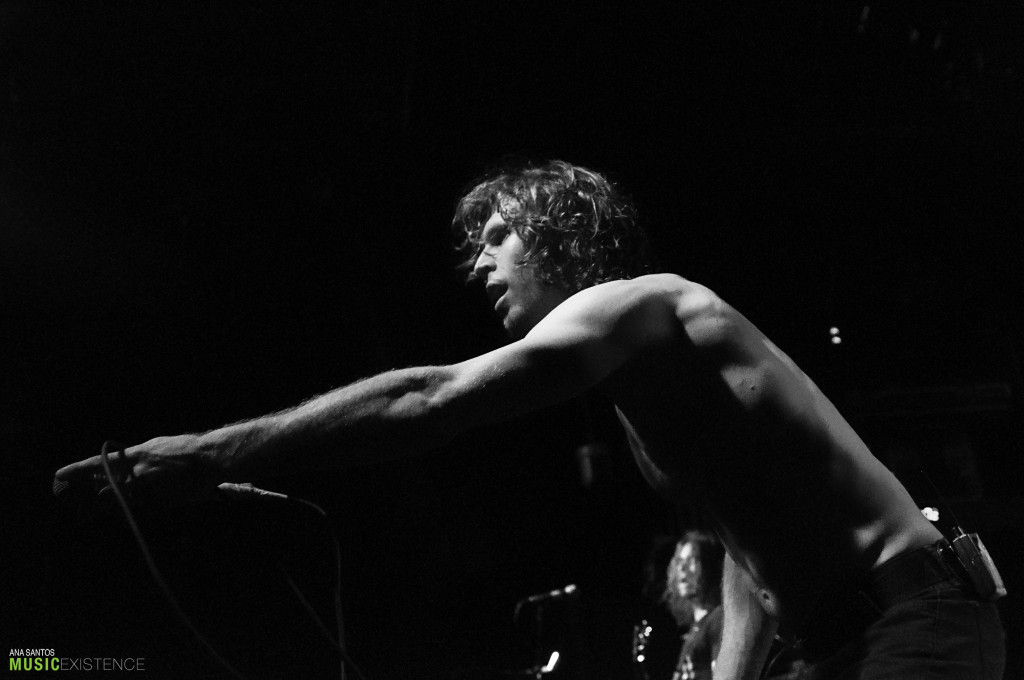 It isn’t every night that I step out of a show completely blown away by a performance. Let me tell you–I was blown away. A week later and I’m still talking about it.

By now you’ve probably heard “This Is The Time (Ballast)” on the airwaves, but Nothing More’s self-titled debut on Eleven Seven Music (Papa Roach, Five Finger Death Punch, HELLYEAH, Drowning Pool, Sixx: AM) is merely the tip of the iceberg. Frontman Jonny Hawkins’ compelling and passionate studio performance is good, but his adrenaline-fueled live performance is nothing short of outstanding.

Although Nothing More’s setlist was limited to seven songs and one badass bass solo, they absolutely make themselves one tough act to follow. I’m a firm believer that while music drives ticket sales, it’s ultimately the performance that creates new fans and keeps them coming back. The San Antonio rock outfit accomplishes both with immediate ease.

Drummer Paul O’Brien kicked off with a rise-to-arms on the bass drum as Jonny Hawkins pounded furiously at a drumset center-stage rigged like a post-apocalyptic industrial podium, both escalating into the explosive “Christ Copyright”. The crowd was ecstatic and frantic, riled by a wall of sound that hit head-on with no sign of letting up. Guitarist Mark Vollelunga and bassist Daniel Oliver flanked the stage but by no means remained stationary. Nothing More is a band of movement and blazing energy, impressively careening through hard-hitting crowd-pleasers like “Sex & Lies” and “Mr. MTV” before cooling off (albeit barely) for an incredible 3-man inverted bass solo (you have to see this to believe it). At the center of it all is Hawkins, whose soaring vocals–at once crooning and wailing–are not in the least sacrificed by his captivating and aggressive stage presence. Lurching and raging across ego risers, barefoot and shirtless in his striking Jim Morrison-esque appearance, he is endless energy and it is a damn good show.

“How many of you are seeing us for the first time?” Hawkins asked of the audience. Hands shot up from three-quarters of the room, and yet the sing-alongs were cacophonous. Having previously toured with label mates Five Finger Death Punch, and more recently Periphery, Nothing More has an accessible yet highly dynamic (if slightly djenty) sound that appeals to the rock genre spectrum.

However, with their smoldering intensity, sweeping chords, unpredictable drums and emotive lyrics, Nothing More is a fascinating outfit that does not care about checking off genre boxes, instead focusing on cranking out some truly awesome arena-ready music. They’re poised for great heights, much more than the newest hot buzz, and they will entertain the hell out of you. With upcoming tour dates in Australia, Europe and back in the US this spring, you really owe it to yourself to check these guys out.

Check out our gallery from the show.