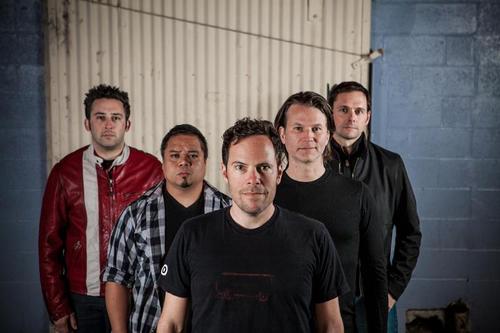 Winchester Revival is built from broken pieces of other bands that didn’t quite have what it took to keep their music aspirations alive. The Oakland, California band rose from the ashes and have come together to create their brand new EP Burden’s Landing. The six-song collection is a fair alternative album but it seems to miss the mark on a few of the tracks and since it is an EP, which is short in length, it makes those songs stick out more than they would on a full-length album.

The acoustically based “Salamander” seems a bit bland lyrically and while lead vocalist David Rosenheimer shines on the lead single “Last Night In Tokyo,” he falls flat on the aforementioned track. The single and “Ides of January” are the highlights on the EP, but the band of well polished musicians may need to head back to the drawing board on some of their other offerings.

The five-piece group clearly has talent but it just seems misdirected. It’s almost as if the band is trying to sound like more similar bands such as Radiohead and Arcade Fire which does them a disservice. They have the foundation of being able to create some great tracks and hopefully they can find a way to collaboratively find their own sound and their own way.