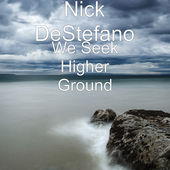 Nick DeStefano is a singer and songwriter from New Jersey who is apart of a band called The Spiders. Nick also does solo work, and has performed all over North America. He has done appearances in music videos with Faces In The Crowd & Y Fly 2 London, and both have aired on MTV. DeStefano signed a deal with the Grammy-Award winning Valentino Music Production company. His newest single, “We Seek Higher Ground” was released with TuneCore. The song is about being a flood victim. It’s extremely personal and heartfelt, and gives people a look inside the life of those who are struggling.

Nick DeStefano has quite a few songs worthy of being in this “favorite” category, but this one stood out the most to me, and here is why:

“We Seek Higher Ground,” is a song about being a flood victim. Many people have suffered over the years from floods and it looks terrible from a far, but unless one is actually involved, they don’t know what it’s like. I enjoyed this song because it’s very heartfelt and personal to DeStefano. He put his soul into this song, and it shows. The images that are shown in the video just about break my heart and it gives a feel to what it’s like to lose everything you have. It gives people an inside look on the disaster of a flood, and it makes people appreciate what they have. He’s hoping people don’t take anything for granted and always appreciate their lives.

DeStefano also has other music that’s absolutely incredible, listed below are a few other songs that are just as great;

“Just Say No,” has kind of a creepy feel to it and I dig it. It has an old-rock feel to it and if you’re into the 80’s rock, this is definitely a song for you. The guitar and drums alone bring me to my feet and make me want to jam out.

“Don’t Leave Me Now,” is a much softer tune. It’s a typical song about being in love with a girl and her wanting to end things, but he doesn’t want her to go. Regardless of what they go through, she will always be on his mind and he loves her.

“Dream Little Dreamer,” puts me in a great mood and makes me want to accomplish things I never thought I could do. It’s about never giving up on your dreams, and not letting go. I love songs like this because I realize that life gets tough sometimes, but there is always a tomorrow. There will always be better days coming, even when things don’t go the way we planned them to.

Overall, DeStefano is a very talented and well-rounded artist. He gets up close and personal with his listeners and that’s extremely important for artists who want to succeed. The fact that all of DeStefano’s songs sound drastically different is a good and bad thing. You’ll never hear anyone say his music is boring, or that it sounds the same, but some listeners might get confused. I would definitely recommend he keep doing his thing, and being different, though. Different is important, and different is what makes people notice you. 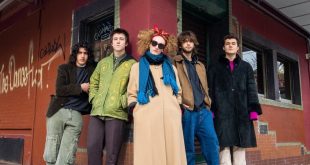