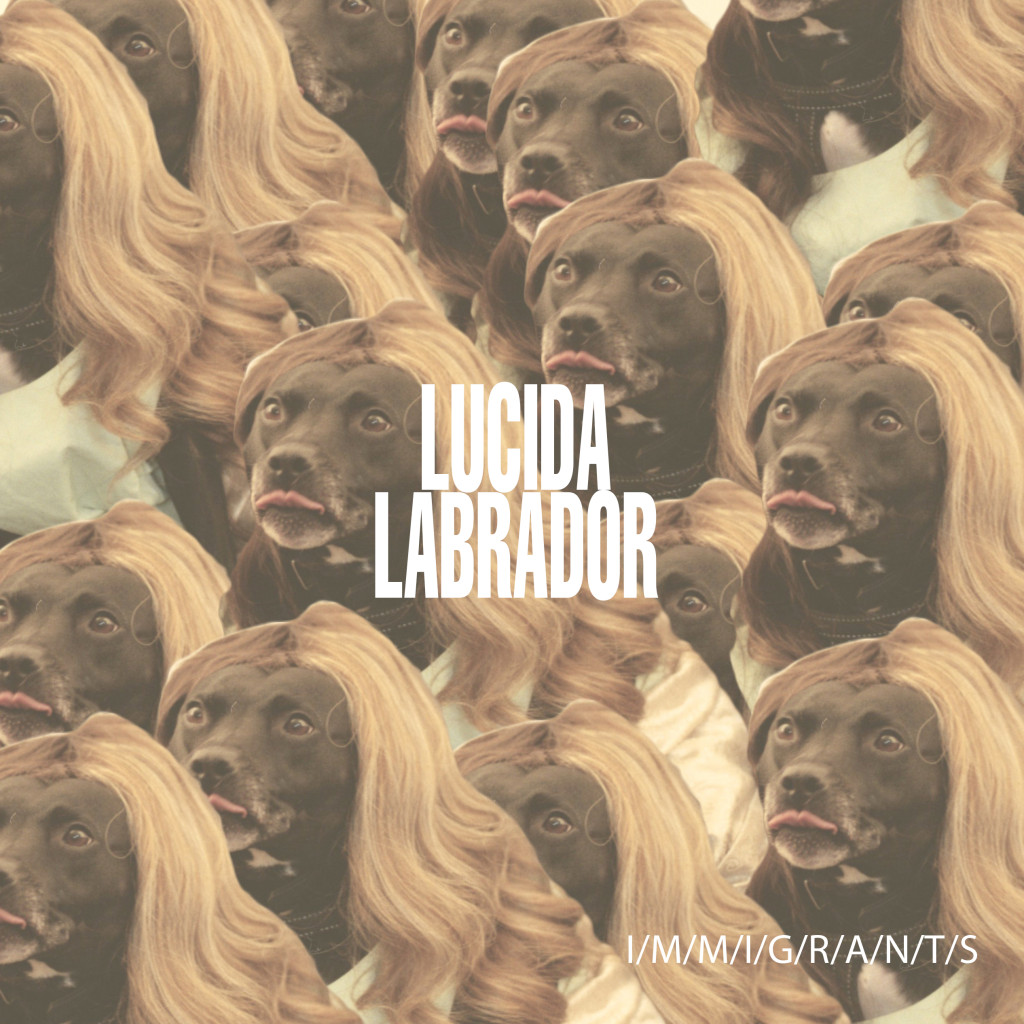 Lucidalabrador is a four-piece band originally from all around the globe, more specifically from Rio de Janeiro/Brazil, Berlin/Germany, Milano/Italy and Tabor/Czech Republic.

Based in southeast London, where the band met when studying music at Goldsmiths; also known for the graduates James Blake, Katy B and many more, the band will release their debut EP both digitally (for free), on CD and on tape cassette. Pre-sale of the cassette will start on late FEBRUARY, exclusively at bandcamp.com.

Recorded at the Premises studio in London, and mastered by Mikko Gordon (also known for Atoms for Peace, La Femme), Lucidalabrador already attracted a lot of attention releasing the first I/M/M/I/G/R/A/N/T/S single named DADDY; including a headlining release show at the Old Blue Last to a sold out audience.

After such a warm welcome, the band released their second single with another packed show, this time at a secret basement party on October 30th. The track named This Town is the second from the EP, featuring a music video by the director Adam Vopicka, also known for working the Prostitutes and Calm Season.

The result is a series of tracks that distinctly explore the rapid change between aggressive and submissive moods. The key element is that the band does not rely simply on dynamics to achieve these extremes, but on subtle changes, such as lyrics and rhythm. Although heavy guitars and all the important features that make Lucidalabrador a powerful rock band are still present, the band seeks new ways to create something of their own. This is where their different cultural backgrounds enter and give a whole new context to the lyrical and imagery attached to the band.

LUCIDALABRADOR now looks forward to their release party at Birthdays venue, scheduled on March the 6th.

Previous Bush at The Riviera Theatre, Chicago on 02/13/15
Next We Seek Higher Ground by Nick DeStefano