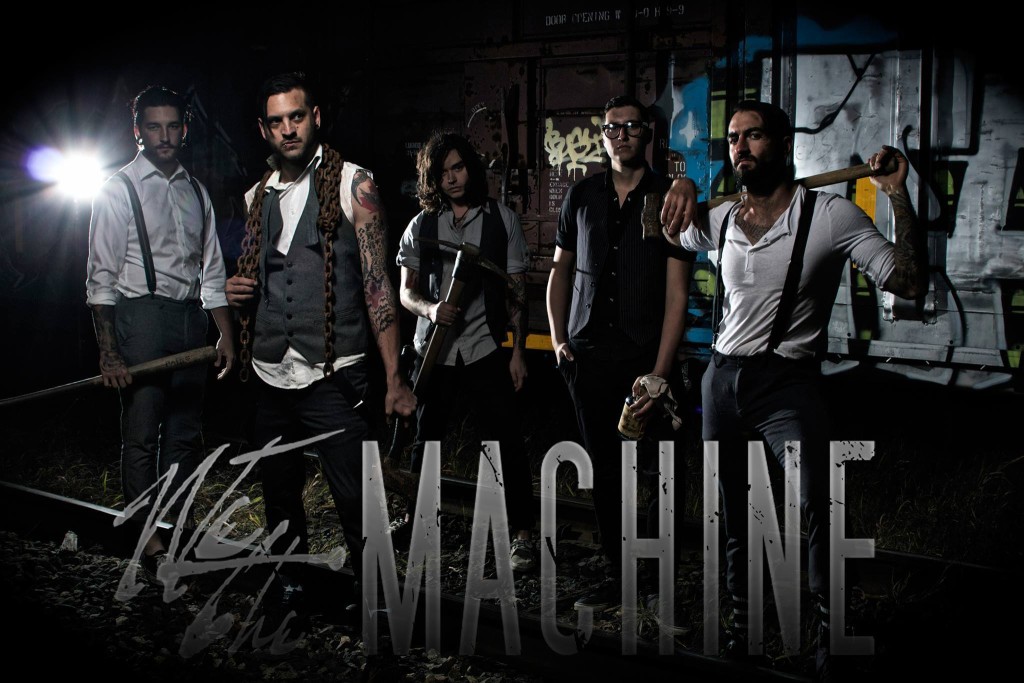 Interview with We The Machine

Post-hardcore band, We The Machine, has enjoyed a long string of accomplishments in the short span of three years. Two-time Warped Tour veterans, a critically acclaimed debut album and recognition by Demi Lovato for their cover of her Top-40 hit “Give Your Heart A Break,” have propelled the band to a level of success with no sign of slowing down. With their most recent EP, Seasons, We The Machine continues to showcase their “passion, liberty and expression,” delivering a well-rounded record that captures the energy and determination of a band ready to take the next steps in their musical careers. Music Existence spoke with the men behind We The Machine to discuss their origins, their recent EP, collaborating with fellow Boston-natives Ice Nine Kills, and the future of the band.

ME: Before “We” became “The Machine,” you all were just five guys with a dream. When and how did you guys turn this dream into a reality? How did you get your name out there? What major challenges did you face along the way and how did you overcome them?

WTM: Being a band in the digital age takes a lot of hard work. You’d think it’d be easier with all that’s at our disposal –social networking, digital music, etc. – but it’s even harder to break through the noise with so many bands out there. It really takes a lot more than a good product to get heard. We face these challenges everyday in order to carve out a niche for ourselves. Luckily, we have a lot of hard working fans doing their part to help spread the love.

ME: “Passion, Liberty, and Expression” is the motto in which We The Machine lives by. What is it about these words in particular that inspire you and how do they reflect the band as a whole?

WTM: It’s everything. Too often in every facet of life, people are being judged and critiqued and condemned and ridiculed for following what’s in their heart. We want to empower our fans to be who they are, whether it’s the popular thing to do or not. That’s why we created the + > – campaign, which is to empower our fans to take positive steps in their lives each and everyday.

ME: We The Machine has a pretty impressive track record with the Vans Warped Tour. In 2013 and 2014, you achieved a 98% buzz rating; in 2013, the band was asked to perform for the Boston leg of the tour. How did playing Warped Tour compare to other shows? How did life change for the band after performing at Warped Tour?

WTM: Warped Tour is a goal of many bands, and we are proud to have been a part of it playing alongside bands we grew up with and bands we love. It’s unlike any show you can play, because it’s all day, every day. From waking up at the ass-crack of dawn, to setting up your displays, to battling the elements, to playing in front of hundreds or thousands of people – it’s surreal. Ultimately we would like to play a full Warped Tour to experience it throughout the country and look forward to that opportunity when it arises.

ME: Right before your 2013 Warped Tour performance, you released your debut album, Dissenter. While the overall record gained rave reviews, one song in particular stood out amongst fans and critics alike – your cover of Demi Lovato’s “Give Your Heart A Break.” What made you guys decide to cover this song? Was it always the band’s intention to have this song on the album? How did you think fans and critics would react to the cover?

WTM: (laughs) Honestly, it was pretty much by accident. Jace was just throwing around ideas one day and wrote some riffs to it, and we all dug it. Next thing you know, it was popping up all over the place, including Disney! We really had no idea that it would be received as well as it has and continues to be to this day. I think Demi Lovato should cover a We The Machine song next. It’s only fair. Or go out on a date with us.

ME: Do you think there will be more records like this in the future? We The Machine Goes Pop covering modern pop classics like Britney Spears’s “Oops!…I did it Again” or Lady Gaga’s “Bad Romance?”

WTM: Hell yes. I’ll get on that right now. Maybe we can put out different volumes like the Now This Is Music franchise. I can see it now…

ME: Covers aside, lets talk about your own music. One thing that’s undeniable about the band is your sound. You’re not like most post-hardcore bands and because of that, you’re like a breath of fresh air within your genre. What inspires your sound, your lyrics? How does each member’s individual tastes and talents contribute to the band’s unique sound?

WTM: Just like anything else when five guys get together, you’re bound to have influences from hundreds of bands to find our own niche. We take pride in crafting high-energy, bouncy, and catchy music that can appeal to a fairly broad audience. When you create music for yourself first and foremost, you can then relate to your audience.  Hopefully, that comes across loud and clear to our fans.

ME: Recently, We The Machine teamed up with another Boston-native band and Warped Tour veteran, Ice Nine Kills, for your single, “Tempest.” How did this collaboration happen? What was it like working with an artist like Ice Nine Kills? With how well “Tempest” was received, do you think there will be more collaboration in the future?

WTM: Yeah, Ice Nine Kills are close friends of ours, and their hard work is something we look up to. In fact, Jace and Spencer go way back from several bands ago growing up in the scene together, and they even went to the same college. So it was only natural to get them on our record as both of our bands continue to grow.

ME: Speaking of killer collaborations, you recently teamed up with filmmaker, Zakk Bates, for your single, “Scarecrow.” While the original version was great, the extended version plays out like a movie that needs to happen. It’s fantastic! How does the music video reflect your lyrics? Would you say the song is a reflection of the overall theme of the EP? If so, how?

WTM: I wouldn’t say it’s an overall theme of the record, rather we look at each song on the record as a chapter of the story of Seasons, where each song represents the metaphoric four seasons. The Scarecrow is depicted very well in the video. Jace wrote the script for it based off of his lyrics, and we think it translates awesome to the screen.

ME: Recently, the band released its new EP, Seasons. Having already been around the block with Dissenter, how did the creation of this record compare with your debut release? Did you find the process easier this time around or did you feel as if you had to live up to the success of Dissenter? Is there a particular song on the new EP that is your personal favorite? If so, why?

WTM: Logistically, Dissenter was a completely different record. I [Jace] wrote all the songs for that record; whereas Seasons, we had a collaborative approach with James [guitar] introducing his style into the fold. It’s been a major reason why our sound has evolved for the better on our newest record. We feel like there is still so much room to blend our styles together (especially with the addition of our new guitarist, Brandon) but are super excited about the direction we’re headed.

ME: 2014 seems to have been pretty good to We The Machine, so what is next for the band? What do you hope to accomplish next year? Should we expect more music releases and tour dates in the near future?

WTM: Absolutely. I think 2015 will be our biggest year yet. Touring, new music, and beyond. We are stoked to continue our progress into 2015 and look forward to making new memories.

For more information on We The Machine, vist: 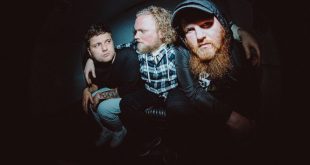