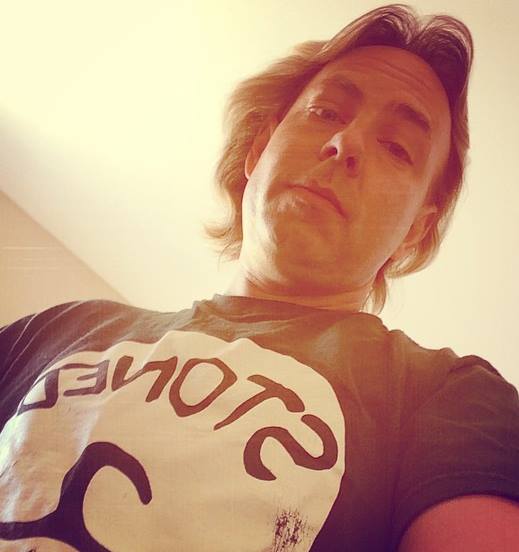 I find this to be an album of contrasts. At times Max Random is capable of incredibly clever lyrics that convey serious issues. At other points he pulls of some insightful humor. Still, there are plenty of points that stoop to adolescent humor and shock value seemingly for the sake of shock value. There is also a problem that the talent level in terms of song construction, performance and singing is definitely less than professional. Still, there are plenty of places where it works well despite that.

“Godzilla” is a DIY type folk song. It feels a bit like filk. It’s funny, though. Yet, it’s also rife with political commentary. Next comes “Mister D.” The title refers to “Mister Death.” A lot of it is also political in nature. It’s got another folk arrangement, but the sound has more layers. Continuing with the political statements disguised as satire, “Pessimists Can’t Pretend” is more along the lines of pure folk.

If “Lesbian Folk Song” weren’t here, it would be much easier for me to give this album a higher rating. The song is incredibly offensive. It’s degrading to women and insulting to lesbians. It borders on hate speech. Satire does not excuse it. This song alone made it very hard for me to get through this album. It made me think twice about reviewing it at all. This is not the kind of thing that people should just accept.

It’s amazing how he can go from something so sophomoric and offensive to something sublime. The science references on “Relativity of Me” are great, and it is one of the best songs of the disc. With “Ganja Babe” we’re back into the adolescent humor vein again. It’s astonishing how he can alternate between poignant political observations and completely immature humor. It’s amazing, but not necessarily a good thing. I wonder if he paid royalties for the bits of music he copied from elsewhere.

“You Were Cool,” though, is all about the whole social stigma of being the outcast in high school. It’s another that’s mature and well thought out. “I’ve Smoked Weed Everywhere” is a reworking of Johnny Cash’s “I’ve Been Everywhere.” Sure, the lyrics are changed, but it’s the same song. It’s fun and the harmonica is a nice touch.

“It’s Not Goodbye Forever” isn’t humorous at all, but it tells a very human story about loss and honoring those who have gone. It’s also one of the most serious folk music arrangements. It’s one of the best songs here, too. “Monster Hash” isanother well known song with drug related lyrics added to it. This isn’t as effective as the previous one. Still, it’s clever and manages (for the most part) to avoid the adolescent humor.

There are some moments of childish shock value on “Come on Baby,” but overall it isn’t bad. It’s not all that special, though. I like the lyrical message on the title track about enjoying life instead of focusing on digital “false” connections. Musically, it doesn’t work as well, though. I like the old school country sound on “Big Dog.” It has some great guitar work and harmonica.

A balladic piece, “Groundhogs Day” has a real classic folk rock sound. It’s one of the more serious pieces. It’s also one of the better ones. Another song about marijuana, “Ballad of Johnny Boone” is a serious piece. It has a lot in common with the story-telling music of folk minstrels of the past. The final two songs are radio edits of “Monster Hash” and “Godzilla.”

I really struggle giving a number rating to this. Were it not for that one highly offensive song, I might be able to get this as high as an eight. The thing is, that piece and a couple others make me want to land it somewhere long the range of four. So, overall, a seven seems appropriate. Random needs to decide if he wants to write songs for adults or for those whose sense of humor has been stunted at around 16 years old, though. That’s a lot of the problem with inconsistency here.

Previous You may not know how to pronounce their name, but you’ve probably heard their music
Next New Music From Kendrick Lamar: The Blacker The Berry